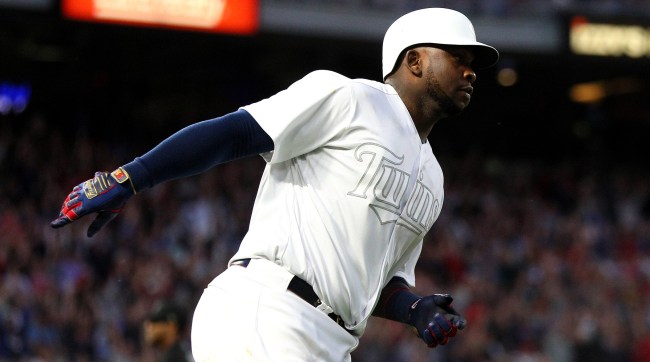 Minnesota Twins’ star third baseman Miguel Sano has been accused of kidnapping and beating up a man in the Dominican Republic, according to a very strange report.

Sano, who just signed a new three year, $30 million contract with the Twins in January after clubbing 34 home runs and driving in 79 in just 105 games in 2019, is being accused of kidnapping and beating up Raudy Omar Sánchez de la Cruz.

Attorney Odalis Ramos claimed in a video posted to social media that Sano and three others kidnapped his client on May 6th, and that the Major League Baseball player also wanted to hang him because he believes Sánchez de la Cruz was involved in the rape of one of his brothers.

“Chino and Tintin [the accomplices] grabbed him at home and took him to Sano, who was in the car and beat him up, who then tried to hang him, but thank God they didn’t kill him,” said Ramos.

Speaking to El Nuevo Diario Tuesday night, Sano denied the charges that have been filed against him by relatives of Sánchez de la Cruz on his behalf.

“That is false, I did not kidnap or beat up Raudy, who raped an eight-year-old brother of mine,” said Sano.

“The police and my three friends (Billy, Chino and Tintin) did search for Raudy and my stepbrother (the name is omitted as a minor), but I stayed in my vehicle. The lawyer Odalis Ramos and Raudy’s family are looking for money, they asked me for 10 million pesos, but I told him that I was not going to give him anything because I have done nothing. I am the affected, they are two abusers who raped my little brother.

“Mr. Odalis Ramos hurt me with that video, so I am going to sue him for 30 million for damages to my image. What I am is a baseball player, not a kidnapper or a murderer, I am a professional like him,” he contined. “Tomorrow (Wednesday) I will hold a press conference and I will speak and show my face, because those accusations against me are serious.”

On the flip side, Sánchez de la Cruz’s attorney says he denied the day of the alleged kidnapping that he participated in a rape of Sano’s younger brother.