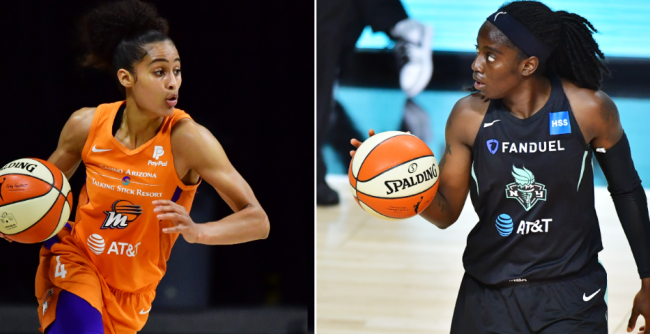 Things got a bit heated between WNBA players Skylar Diggins and Jazmine Jones.

The beef between the two players started when Bleacher Report posted a highlight of Diggins scoring on the NY Liberty.

Yeah but caught the L…. Hyping up the wrong stuff . How about hyping my girl Betnijah!!!!! Tf https://t.co/pQUDD0r6Iy

Diggans immediately fired back and told Jones to “shut the F up.”

Girl shut tf up! They can’t post a highlight? Complain to your organization, first, why they only hype one person!

Crabs in a barrel ass mentality!

Things escalated pretty quickly because Jones is now threatening to fight Diggans over the Twitter beef.

Yeah y’all got the right one, I’m with all the BS!! Fuck all that talking

Diggins hasn’t tweeted back at Jones after she brought up the possibility of a fight between the two.