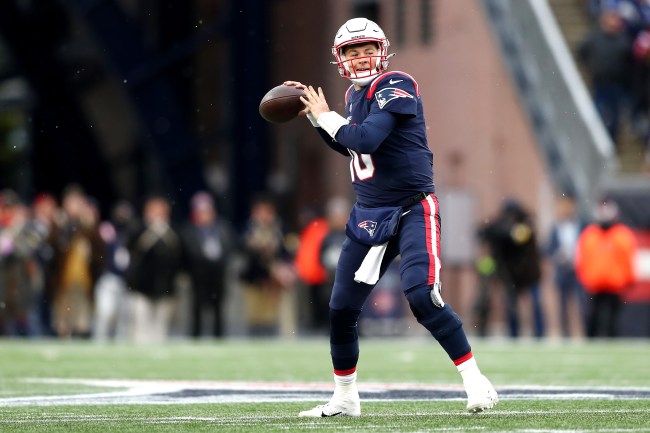 The New England Patriots have once again allegedly fallen victim to locker room theft. This time around, it was Mac Jones’ playbook wristband that was snatched along with an unsuspecting pair of socks after the Patriots’ win over at Mercedes-Benz Stadium.

It’s an interesting new wrinkle in a season that has been defined by injuries and inconsistency. It will also likely have fans of the NFC’s best teams scouring the internet for where they can buy the item to anonymously send to their favorite team’s front office.

It would appear the thieves didn’t stop there, though. The devious fiends even went so far as to take a pair of 3rd sting QB Jarrett Stidham’s socks, which they then sold in what was likely the least valuable sale of game-worn memorabilia in recorded history.

This isn’t the first time such an issue has occurred for the Patriots. Many will still remember the last time we had to talk about locker room theft. It was 4 years ago when Tom Brady’s Super Bowl jersey went missing, which coincidentally also came after the Pats played the Atlanta Falcons.

In that instance, it was a credentialed member of the Mexican media who snatched Brady’s jersey and was found to have also acquired Brady’s jersey from Super Bowl 49 as well as a Denver Broncos helmet Now, it seems to be somebody with regular access to the visitors’ locker room at Mercedes-Benz stadium.

According to the Twitter account that has tweeted out the information about the operation, there are plans to acquire some more gear when the Tampa Bay Buccaneers come to town over the weekend.

It looks like Mercedes-Benz Stadium will need to beef up security this week or we could see some heavy bidding for Ke’Shawn Vaughn’s socks soon.