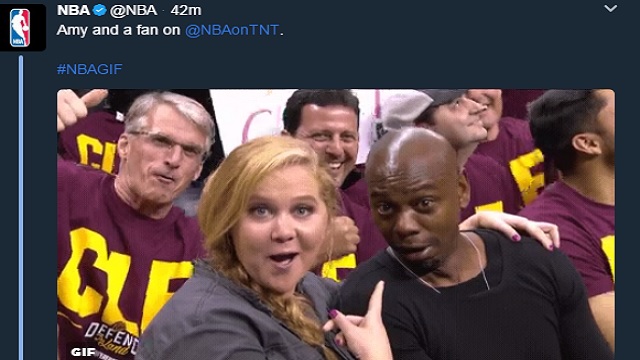 During tonight’s game 3 of the Eastern Conference finals between the Boston Celtics and the Cleveland Cavaliers, the NBA’s official Twitter account posted this GIF of Amy Schumer and Dave Chappelle at the game.

@NBA @NBAonTNT The disrespect is so unreal. Never put Amy and fan in the same sentence, especially when there's an actual comedian in the pic.

@NBA @NBAonTNT You're kidding, right? This is why you don't let a 22 year old run social.

@OffTheZachboard @NBA @NBAonTNT The whole league's gotta be demolished and started over because of this tweet.