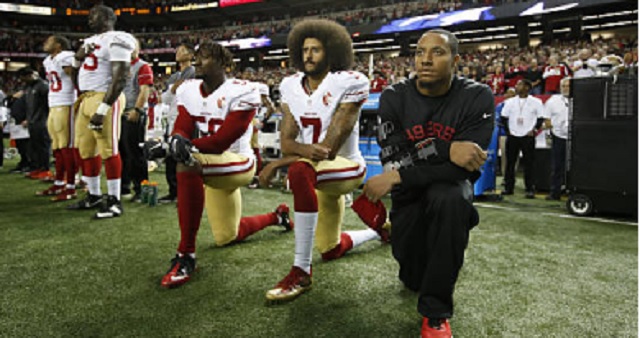 BREAKING: @NFL Players on 2 different teams have told me the teams are doing as Trump asked and creating policies to require them to stand.

. @DonteStallworth & I both have spoken directly w/ @NFL players who were told the the team now REQUIRES they stand for the anthem.

This is unfortunately true and needs to be exposed. Every HC/owner should be asked in postgame pressers tomorrow what *their team policy is. https://t.co/aO9YluJlEu

It will be interesting to see if we ever find out which team implements this rule and what would be the fall out to come afterwards.