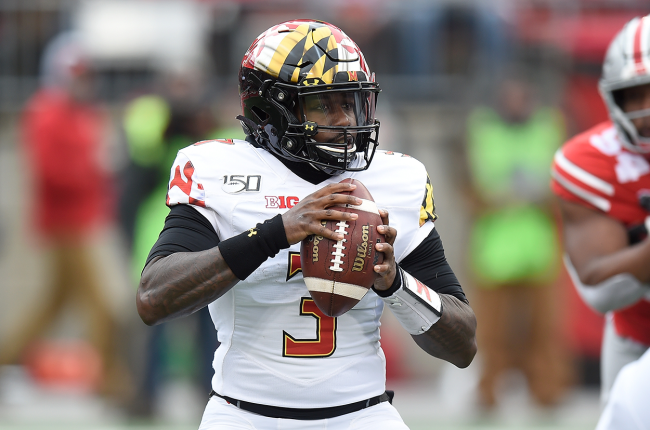 Tyrrell Pigrome was one of the best high school football players in Alabama during his time at Clay-Chalkville High School in Pinson. He was a two-time Alabama Mr. Football runner-up, the 2015 Gatorade Alabama Player of the Year, led his team two a pair of state championship games, and won as a junior.

The 5-foot-10, 200-pound former three-star recruit is talented, but his college career has been anything but ordinary.

Tyrrell Pigrome is fighting to be named the starting quarterback at his fourth school in seven years.

Out of high school, Pigrome committed to Maryland. He played in 11 games as a freshman in 2016, but suffered an injury during the 2017 season-opener that forced him to redshirt.

As a redshirt sophomore and junior in 2018 and 2019, Pigrome appeared in 22 games over those two seasons in College Park.

But then, as Taulia Tagovailoa came in and took over the starting job, he chose to enter the transfer portal.

The fifth-year, redshirt senior, Pigrome transferred to Western Kentucky for 2020 and played in 11 games as the primary quarterback. He was impressive.

However, the NCAA did not count what would have been his final year of his collegiate career against players’ eligibility because of the unique COVID-related circumstances.

In turn, Pigrome was able to transfer again and joined the Ole Miss roster as a depth piece in 2021. He did not see any time on the field with the Rebels and chose to leave at the end of the season.

Because Pigrome took a medical redshirt, traditional redshirt and took advantage of the COVID-19 blanket waiver, he is eligible for a seventh year and is locked in a battle for the starting job at Townson. He and UAB grad transfer Tyler Johnson III will play it out over the course of fall camp.

Regardless of whether he starts or not, Pigrome is a college football legend. Not because of his stats or his play, necessarily, but because he simply continues to extend his career and refuses to graduate. Much like Van Wilder.