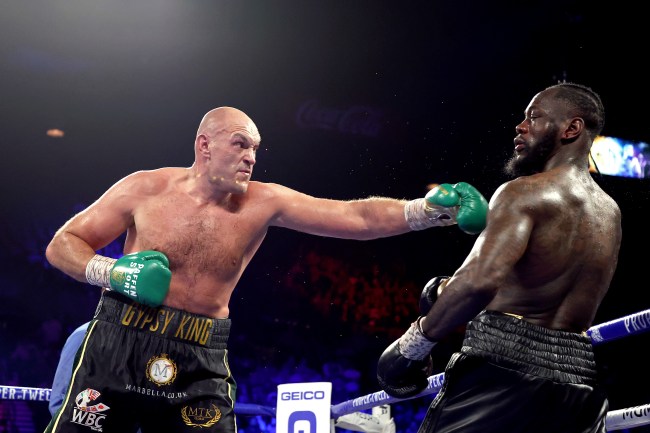 Wilder-Fury 2 was one of the most hyped up boxing matches in recent memory, unfortunately for the boxers and promoters involved the PPV numbers came out below expectations and illegal streams are reportedly to blame.

According to Yahoo Sports’ Kevin Iole the Wilder-Fury 2 sold 800-850k PPV buys which was about 25 percent short of the 1.2 million buys needed to break even for the event.

Multiple sources confirmed to Yahoo Sports that while digital sales were well above expectations, cable and satellite sales figures were well lower than anticipated, which resulted in a sales figure of between 800,000 and 850,000 pay-per-views. That is 25 percent lower than the reported break-even mark of 1.2 million.

The main culprit is theft of the signal. According to Wayne Lonstein of VFT Solutions, which tracks signal piracy, there were between 10 and 20 million live views of the fight on the major social media platforms such as Twitter and Facebook, and there were nearly 10 million more that were viewed as video on demand. Many of those latter views were only slightly delayed.

There is so much digital piracy of pay-per-view fights now I wonder whether a broadcast network might pay $30 or $40 million to put it on air for free. Think how big audience for Fury-Wilder would have been on free TV. Is ad supported heavyweight title fight possible in this era? https://t.co/2SSp0m24Yd