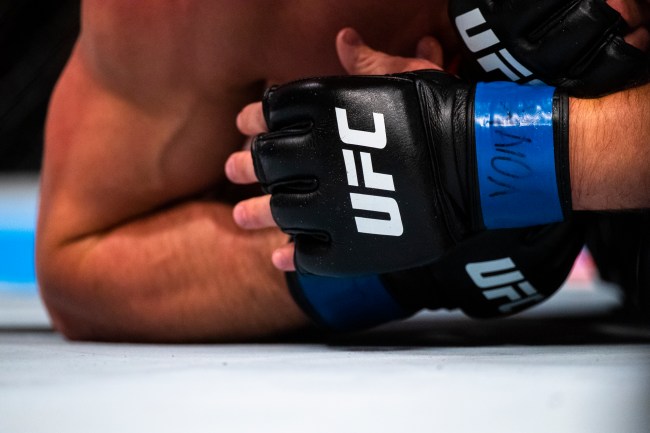 Despite initial media backlash the UFC has decided to go forward with UFC 249 on May 9th in Jacksonville, Florida without fans in attendance.

UFC president Dana White has always insisted that the mixed martial arts organization was going to go above and beyond to keep their fighters safe while putting on fights during the ongoing pandemic.

On Tuesday UFC executive vice president of operation and production Craig Borsari spoke with ESPN and explained the unique security measures being taken to keep fighters safe on Saturday including disinfecting the cage in between fights.

Borsari told ESPN on Tuesday that members of the broadcast team will be sitting at separate tables away from one another, that post-fight interviews will not take place in the Octagon and that all crew members will wear personal protective equipment, including N95 masks and gloves. Sources told ESPN that officials are also working out details about disinfecting the cage between fights.

According to Borsari everyone flown in on Wednesday will be immediately tested for coronavirus and that they should have results 24 hours after getting tested.

A everyone involved in the event staying at the host hotel will be tested for COVID-19 before they check in. Most fighters and their corners are expected to check in Wednesday. Borsari said the COVID-19 swab testing results will be back within 24 hours, and people will be asked to self-isolate within reason until those results return. There will also be antibody testing administered to determine if anyone previously had the coronavirus. Individual medical screening, including taking temperatures, will be done every day while those involved in the event remain at the hotel.

Borsari said the UFC has obtained enough COVID-19 tests to test everyone for UFC 249 and the other Jacksonville fight cards on May 13 and May 16. He said the availability of testing has increased “across the country” over the past few weeks, and it was not hard for the UFC to obtain tests.

All fighters will reportedly have individual workout rooms to train at the hotel and Friday’s weigh-ins will follow social distancing guidelines.

Fighters and their teams will have individual workout rooms at the hotel, with mats, mat sanitizer and personal saunas for weight cutting, according to a UFC email sent to athletes. The housekeeping staff will be equipped with hospital-grade sanitizer, the email said.

At the official weigh-ins Friday morning, the social-distancing practices required in the arena the following night will be implemented, Borsari said. The UFC operations team will work with fight camps on when each fighter will be coming to the scale, between 9 a.m. and 11 a.m. local time.

The UFC will have a three man broadcast team consisting of Jon Anik, Joe Rogan and Daniel Cormier sitting at separate tables. Rogan will conduct postfight interviews from his cageside location while winners will be escorted to an isolated location and given a pair of sanitized headphones.

Borsari told ESPN on Tuesday that members of the broadcast team will be sitting at separate tables away from one another, that post-fight interviews will not take place in the Octagon and that all crew members will wear personal protective equipment, including N95 masks and gloves. Sources told ESPN that officials are also working out details about disinfecting the cage between fights.

The broadcast team will be made up of play-by-play announcer Jon Anik and color commentators Joe Rogan and Daniel Cormier. On a normal UFC show, Rogan would interview the winner of most fights inside the Octagon at the conclusion of the bout. On Saturday, the winning fighter will be guided to an isolated area outside the cage and given a sanitized headset, and Rogan will interview him or her from his cageside location.

Behind the scenes, there will be plenty of changes as well. The number of people on the production crew has been reduced by about 50, from a normal group of about 130 to somewhere in the 80s, Borsari said. The number of personnel in the production truck will be limited with the use of mobile units, and those who remain in the truck will be separated by plastic partitions. Social distancing will be practiced in the arena area by staff and media members, of which fewer than 20 will be present.

The UFC will be the first major sport in the U.S. to try to conduct events and it will be interesting to see how they pull everything off while keeping everyone safe in the process.