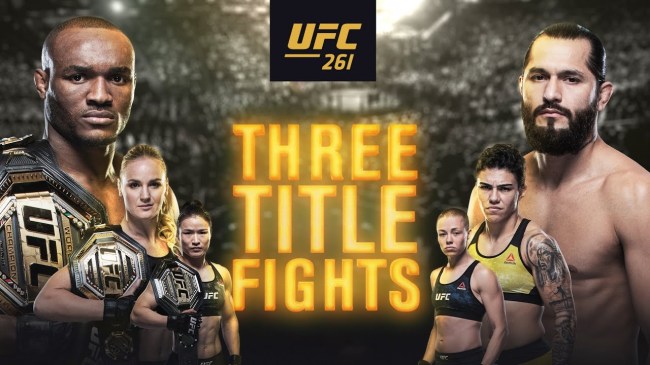 There’s nothing like a rematch, especially when its between two bona fide UFC legends like Kamaru “The Nigerian Nightmare” Usman and Jorge “Gamebred” Masvidal.

UFC 261 is tonight and it promises to deliver some much need fight night fireworks, especially in the wake of whatever-the-heck you’d call the Jake Paul vs. Ben Askren spectacle.

Usman vs. Masvidal is a rematch from the “Fight Island” fight last July, a monumental undertaking for Dana White and company. As you’ll recall, Usman was crowned the king of Fight Island. For the rematch, Usman is determined to finish Masvidal inside the distance of the fight. Good luck with that – the last time Masvidal was finished in a professional fight was in May 2009. And it’s going to be LOUD too: VyStar Veterans Memorial Arena in Jacksonville, Florida is expected to have a full house of 15,000 screaming UFC fans.

If you’re looking for a free UFC 261 stream, allow us to point you in the right direction to watch UFC 261 online….

Read our full UFC 261 Usman vs. Masvidal 2 preview here. Below, our guide for how to stream UFC 261 online via ESPN+, on all your favorite devices.

It’s easy to sign up for an ESPN+ account so you can watch the UFC 259 live stream. After you buy the fight on your phone or computer via ESPN+, you can steam UFC 261 on your smart TV via a number of different ways.

The landing page to stream UFC 261 via ESPN+ looks like this on your mobile device:. 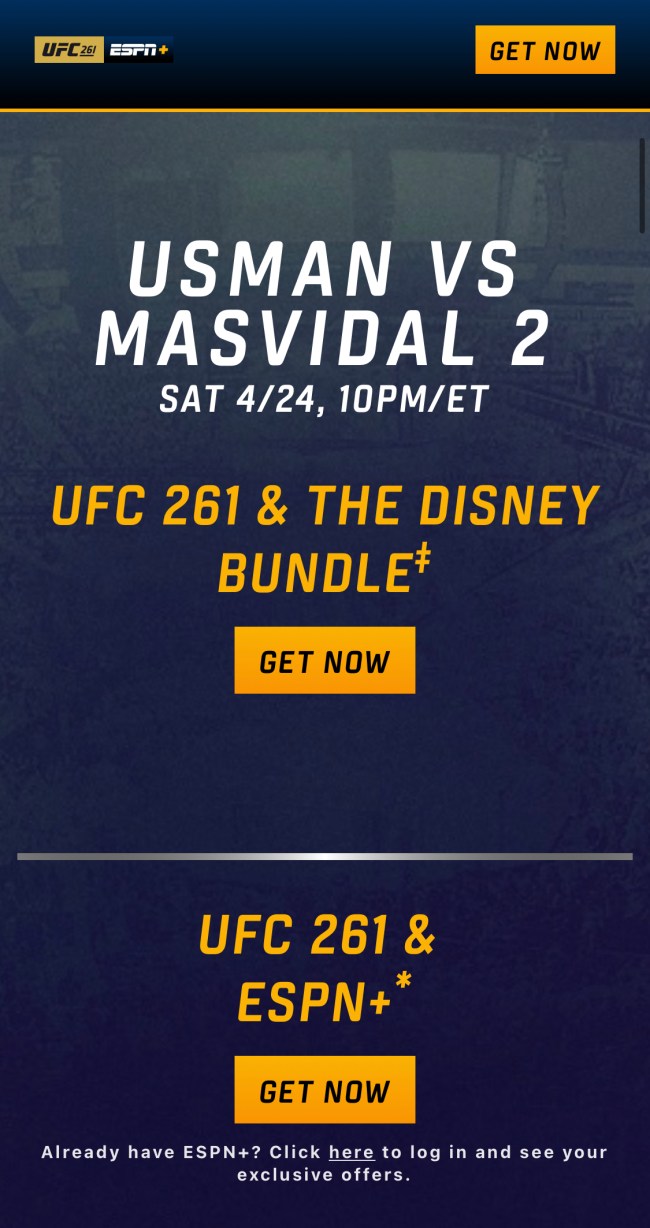 You can watch the UFC 261 prelims live on ESPN+.

First, log-in to your ESPN Plus account. Second, all you have to do to buy the PPV is go to the ESPN+ UFC landing page (right here) and then hit “Already have ESPN+?” You’ll be able to login and buy the UFC 261 stream so you can watch Usman vs Burns in the main event.

How to watch the UFC 261 stream at home:

Now that you have ESPN Plus and you bought the UFC 261 stream, it’s time to tune-in. Here’s how you watch UFC 261 on a number of devices, including the following: