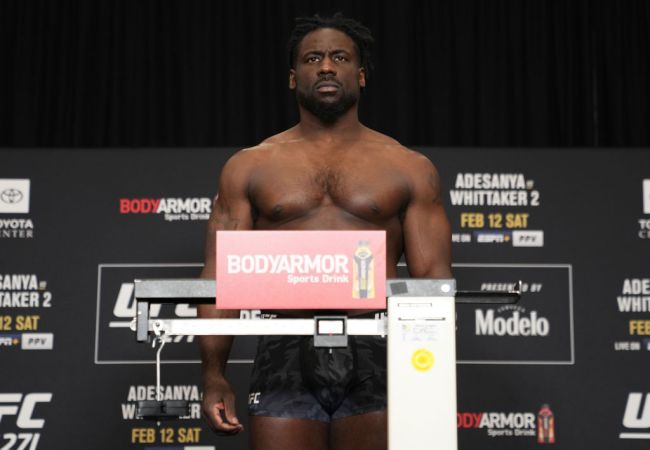 It wouldn’t be a UFC fight week without a title bit of drama. It seems like every week there is always an injury withdrawal, a fighter in the protocol, or somebody whose weight cut goes awry. This week, a weight cut went more awry than any we’ve ever seen in the organization.

Today’s UFC 271 weigh-ins had a couple of major hiccups. One fight was cancelled after Alex Perez missed weight by 2 pounds, but that wasn’t even close to the biggest miss of the day. William Knight set a UFC record today for the biggest miss in UFC history.

12 pounds! 12 pounds! How does that even happen? You have to give absolutely no effort to miss weight by that much. Usually when fighters miss weight it’s by 1 or 2 pounds like Perez. When fighters get into the 5 pound range they get obliterated on social media.

Double digits is absolutely astounding. As rare as it is for fighters to miss by double digits, the record for biggest miss was actually set almost a year ago to the day. On February 19th of last year, Rafael Alves missed weight for a fight against Patrick Sabatini by 11.5 pounds That fight was removed from the card.

The only other miss of this size in recent memory in the UFC was Anthony Johnson’s 11 pound miss against Vitor Belfort in a fight where he was already moving up a weight class. That fight was still allowed to take place, with Vitor choking Johnson out in the first round.

Shockingly, Maxim Grishin has agreed to still fight Knight at UFC 271, but will be receiving 40% of Knight’s purse. The bout has also been moved to the heavyweight division.