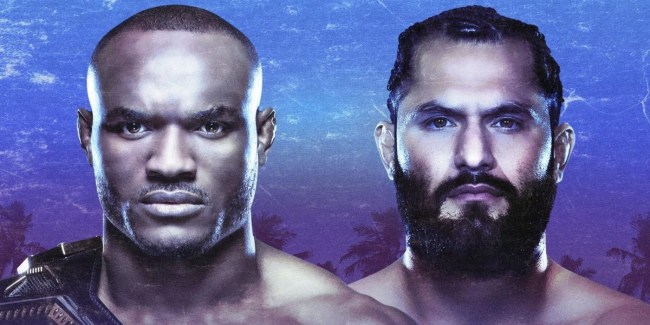 Six months ago, no one would believe you if you told them the UFC’s big summer slugfest would be a concept called Fight Island on a tropical beach in Abu Dhabi.

Incredibly, as the world slowed to a halt in mid-March, Dana White started putting together the puzzle pieces for UFC 251 Fight Island, an impressive PPV cage fight that feels more like Enter The Dragon than an actual sports event. The fights will actually be in an arena / octagon build out starting around 2AM local time, which means the main card should be in full swing by sun-up to cater to TV audiences in the United States.

And we couldn’t be more excited for it.

Tonight the world gets its first glimpse of the concept in action via the UFC Fight Island stream. The card is completely stacked too, including a main event welterweight title fight between divisional champion Kamaru Usman and BMF champion, Jorge “Gamebred” Masvidal. UFC fans also get a coveted featherweight rematch between Alexander Volkanovski and Max Holloway, as well as a fireworks between Petr Yan and Jose Aldo for the vacant UFC bantamweight belt.

In other words, UFC Fight Island is going to be epic.

Below, our guide for how to watch the UFC 251 Fight Island stream online:

How to buy the UFC Fight Island stream via ESPN+

Step 1: The UFC has a deal with ESPN to stream UFC PPVs on ESPN+.

It’s very easy to sign-up AND buy tonight’s UFC Fight Island stream. This bundle package includes a one-year subscription to ESPN+ and UFC 51 (valued at $64.99) for only $84.98. That’s 25% off the regular price for both, so it’s a great deal if you’re not already subscribed to ESPN+ (…and if you’re wondering what is ESPN Plus, here are those details). 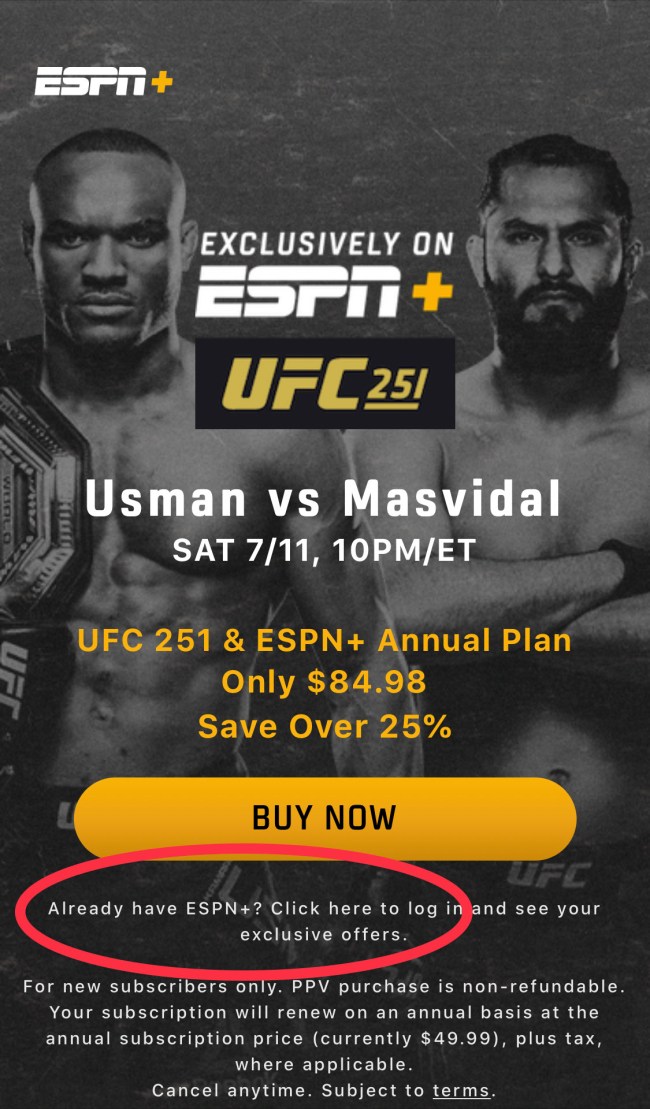 How to watch the UFC 251 stream at home:

Now that you have ESPN Plus and you bought the UFC 251 stream, it’s time to tune-in. Here’s how you watch UFC 251 Fight Island on a number of devices, including the following:

Then you’re all set to watch UFC 251 Fight Island via the ESPN+ PPV. 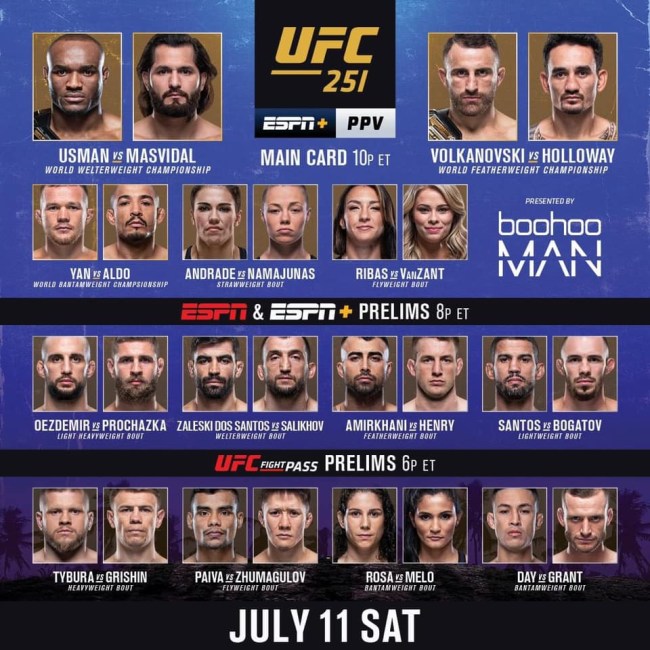