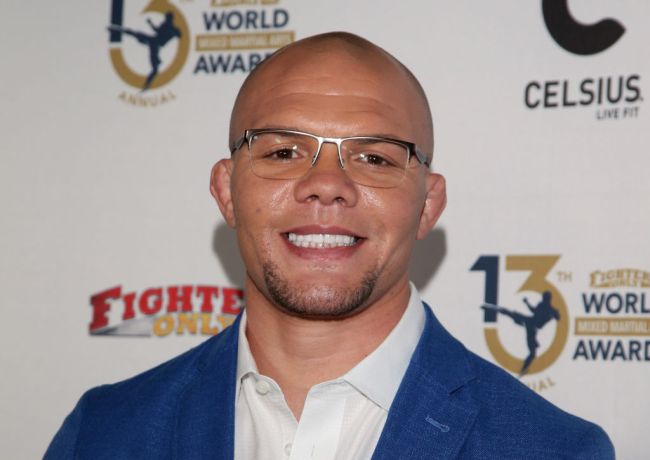 UFC fans who tuned in for UFC 235 know that the night was a bit of an odd one for Anthony Smith. That night, he was challenging Jon Jones for the UFC Light Heavyweight belt. Jones controlled the fight from start to finish, but in round 4, he landed an illegal knee, giving Smith the chance to win by disqualification.

Smith chose to continue fighting and Jones was deducted two points, but Jones would easily end up winning a decision anyway.

It turns out that isn’t the whole story of the night for Smith. Yesterday he appeared on Michael Bisping’s “Believe You Me” podcast and told a wild story about Dan Bilzerian and Donald Cerrone from that night.

According to Smith, Bilzerian and Cerrone stole his mom and wife’s seats and then Bilzerian made things even weirder while sitting next to his mom.

“I’m in the Octagon and while this is happening, Jon Jones is making his way to the Octagon. Dan Bilzerian and another fighter… it was Donald Cerrone. They come and they want to sit down and watch the fight. But they’re f—ng hammered. Just shithouse drunk. They tell them that those were their seats.My mom doesn’t know Dan Bilzerian or Donald Cerrone. My wife knows who Donald is, but she doesn’t know him, and she doesn’t know who the f—k this short, tight shirt, funky-ass hat-wearing guy is. She has no idea he was some f—ng millionaire. She just knows that these are her seats and she’s about to watch her son fight for a world title. So, they kind of go back-and-forth a little bit, and literally, Dan Bilzerian and Donald Cerrone removed my mom and wife from their seats while I’m getting ready to fight Jon Jones. I was f—ng furious. Had I seen Dan Bilzerian… ‘Cause I found out about it right after I got to the back. And if I had seen him then, I would’ve f—ng torn his head off, I was so mad.”

Then the story just becomes bizarre.