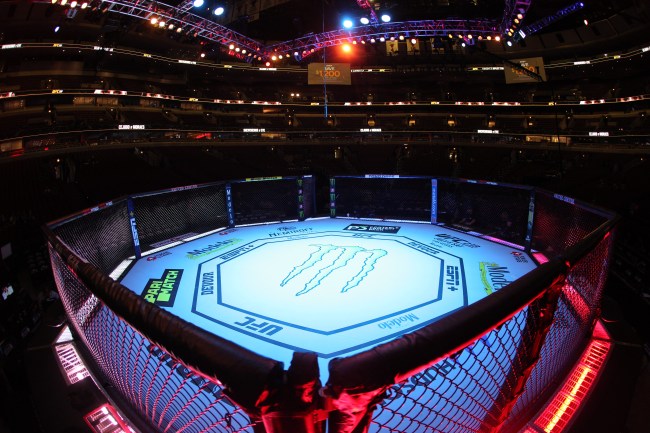 I’m not here to point fingers or make any assumptions. With that said, allow me to point fingers and make some assumptions. My assumption is that Allen Crowder threw his UFC heavyweight fight against Jairzinho Rozenstruik. That is the only way to explain how he immediately hit the mat and subsequently got KO’d, resulting in second-fastest KO in UFC heavyweight history at just nine seconds.

Rozenstruik (8-0) took on Allen “Pretty Boy” Crowder (10-5) in Greenville, South Carolina on Saturday and exposed him as just that, a Pretty Boy. Rozenstruik seemingly needed very little effort to knock out the 6’3”, 237-pound Crowder, earning a $50,000 fight bonus from the UFC for his expedience.

Crowder is the dude who handed Greg Hardy his first UFC loss back in January after Hardy was disqualified for in the second round for an illegal knee.

I’ve watched this many times and I’m still trying to figure out which blow sent Crowder to the mat initially. Please help me figure it out.

Evidently, I’m not the only one confused.

Thats a joke. Crowder should be cut immediately. Thrown fight

i think his controller ran out of batteries

I’ve been informed that upon meticulous investigation, Crowder made a technical error by lunging at Rozenstruik, who delivered a powerful jab before adding the exclamation point while Crowder slept on the mat.

Jairzinho Rozenstruik is my favorite MMA name. It resembles the lovechild of a favela boss and a German missile. And the bearer is a roly-poly heavyweight destroyer from RIZIN. I love this guy. #UFCGreenville pic.twitter.com/icL766wEOz

Now, he must retire.