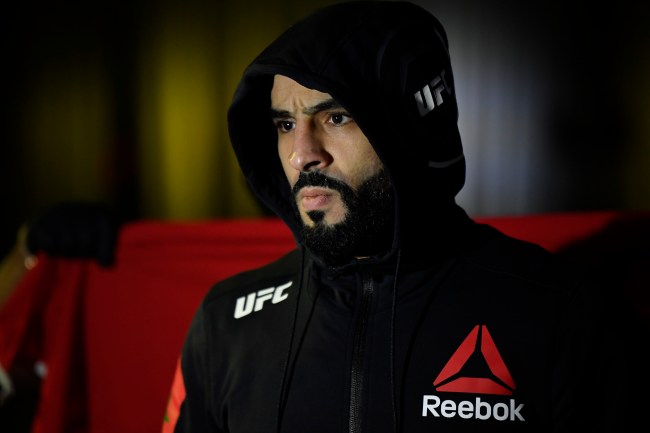 Ottman Azaitar was supposed to fight during this weekend’s highly anticipated UFC 257 card but instead, he’s going to be looking for a new job.

On Friday morning, UFC president Dana White revealed the odd circumstances that involved Azaitar and his team trying to sneak in an unapproved guest into the Fight Island on Abu Dhabi,

White tells me Azaitar and his team cut their wristbands and handed them to others outside of the safe zone that snuck in past the security members and everything was caught on camera.

Dana White explains why Ottman Azaitar has been cut from the UFC following a health and safety breach at #UFC257. pic.twitter.com/UO3aJbLUWO

“So [Ottman Azaitar] and his team cut off their wrist bands, gave ’em to somebody outside the bubble,” … “I don’t know how they even did it.”

“That guy taped [the wristbands], showed up here [on Fight Island] with a bag, went into a room, shimmied across 4 balconies, went in [Ottman’s] room, dropped the bag off, changed his clothes and then left.”

White goes on to say that the whole situation was bizarre and that Ottman is no longer a UFC fighter.

Now, when security tried to stop him, he wouldn’t stop either way and yeah it’s just bad.”

Dana said he fired Ottman on the spot — “He’s gone. He’s no longer a UFC fighter and he’s not fighting [Saturday night].”

Not sure what Azaitar and his team were thinking when they did this but it’s going to cost him a lot of money.