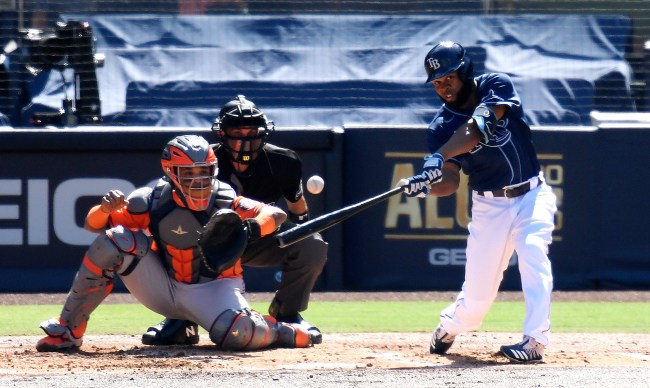 Umpire John Tumpane came oh so close to making history behind the plate during Game 2 of the American League Championship Series between the Houston Astros and Tampa Bay Rays, calling an amazing 134 out of 135 pitches correctly.

So much for Josh Donaldson’s complaints after the game…

Top 3 worst ump in the game.

Trust me this guy has no idea what the zone is in the rule book. He’s never wrong in his words.

In case you are wondering, who is Close Call Sports?

According to them, Tumpane fell just a hair short of setting an all-time record for an umpire correctly calling balls and strikes in a game.

Tumpane was one pitch away from being the first.

Here’s a breakdown of Tumpane’s near perfect effort that was filmed before his score was changed to 99.3%…

While he didn’t set a new record for accuracy, it’s still nice to know that with umpires like Angel Hernandez out there consistently trying to screw up baseball games, at least one ump has actually got his act somewhat together when it comes to calling balls and strikes.