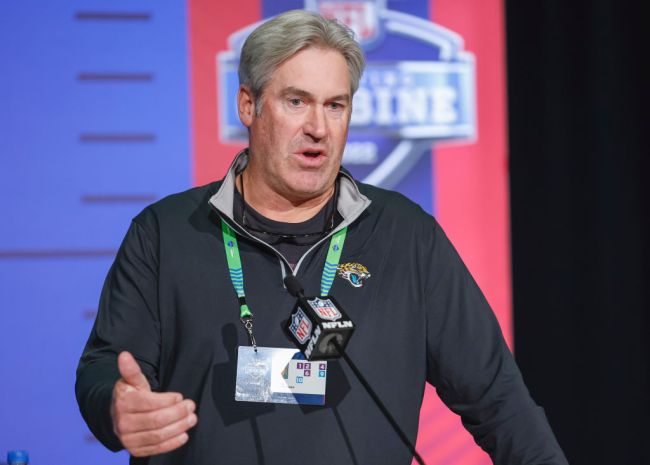 Entering the NFL offseason it seemed like there was a very narrow discussion for who the top pick in this year’s NFL Draft would be. The Jacksonville Jaguars hold pick 1 and just drafted Trevor Lawrence, which eliminated quarterbacks from the top pick discussion for this year.

That left everybody trying to figure out whether the Jaguars would try to strengthen their offensive or defensive line with that top pick. With that idea, it seemed like the likely candidates for the top pick were Kayvon Thibodeaux, Aidan Hutchinson, or Evan Neal.

The Jaguars wound up making some moves to secure that O-Line this offseason, which has led many to believe the pick is going to be one of the top edge rushers. However, it has now become a possibility that the edge rusher they select isn’t either of the two that many expected.

Instead, according to Pro Football Network’s Tony Pauline, it could be one major riser on draft boards.

Travon Walker’s 33 total tackles and 6 sacks in his junior season weren’t exactly earth-shattering numbers, but he was still an integral part of a stifling Georgia defense. This led to him getting some draft attention, but it was his combine performance that seems to be shooting him up draft boards.

The Jacksonville Jaguars now have an interesting decision to make. They can go the safe route and take either of the two players they were expected to draft or they can take a swing on Walker, who has seemed to impress them.

It’s an important decision from a Jaguars front office that needs to recover from their disastrous previous season and one they are going to need to get right.