Urban Meyer Discusses Level Of Interest In Signing Alex Smith, Other Former Players Of His In Jacksonville 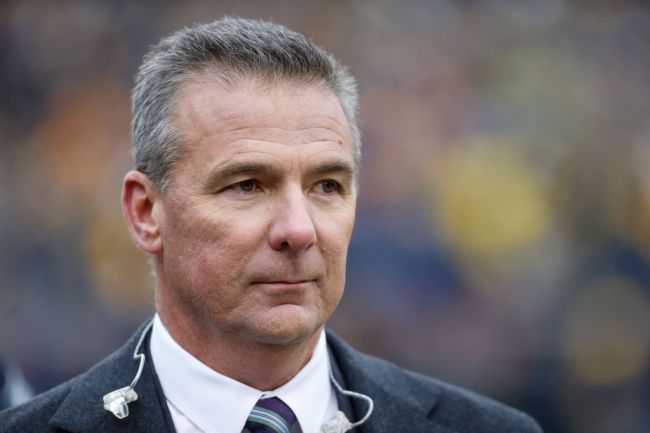 Urban Meyer and the Jacksonville Jaguars are going to draft Clemson’s Trevor Lawrence with the first-overall pick in the 2021 NFL Draft, that we know. What we don’t know is the direction Meyer and the franchise may go in free agency and whether or not the team will bring in an experienced quarterback to push and mold Lawrence.

Everyone made the connection after Alex Smith was released by Washington that he would be a good fit in Jacksonville. Smith played under Meyer at Utah and he’d undoubtedly be a strong piece to add to any team’s quarterback room if the money was right.

Meyer hinted that he agrees with that statement as well.

The Jags’ head coach took part in a brief media session at The Players on Friday and was asked about his level of interest in signing Smith and other former players of his that are on the market. Meyer explained that he’s certainly giving plenty of thought to not only signing Smith but other players that he coached at the college level, including Janoris Jenkins and Reakwon McMillan.

“Yeah, I’m waking up in the middle of the night staring at the ceiling trying to put this — all of us are trying to put this thing together,” Meyer explained. “You just look at the history, which I have, in the last year, just looking through the history of the NFL, how many chances do you get to build a roster like we are. You have cap space, 11 draft picks. You can’t screw it up, man. You’ve got to get the right people, you’ve got to get the right — and our coaches and the number one thing I’m looking for is a mesh between the personnel department and our coaches.

“Ultimately, a coach is in charge who goes in his room. And that’s — you mentioned Janoris. Reakwon McMillan, I’ve got a bunch of former players out there that I’d love to get, but I’ve got to make sure they fit in that room.”

The Jaguars need much more help than just adding Lawrence and other rookies to the roster, so it wouldn’t at all be surprising to see Meyer go after players he’s familiar with to help try and turn things around in Jacksonville.