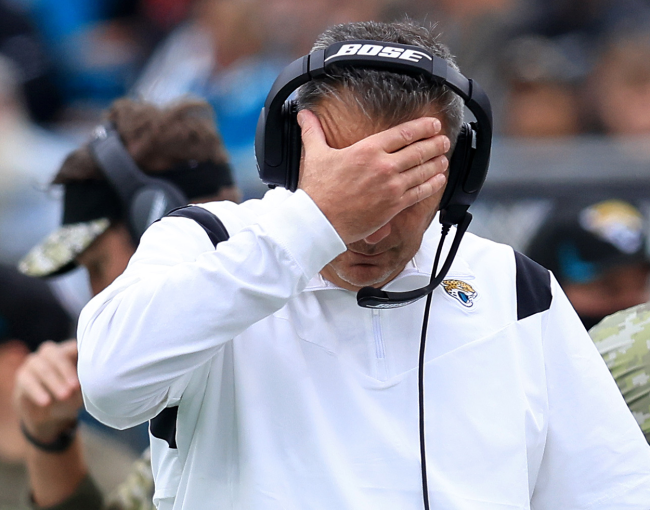 It is Week 13 of the NFL football season. There have been 12 weeks, plus three preseason games, and a full training camp to get a team playing at a somewhat cognitive level— and that’s setting the bar very low.

And yet, according to Urban Meyer, that is not a thing that his team is doing.

The Jaguars currently hold a record of 2-9 and have won only one game on American soil this season. They won a strange London game earlier in the year and then pulled of a bizarre 6-9 upset of the Bills. Neither game inspired any confidence, but they were wins.

Jacksonville’s struggles come after they named Meyer as its new head coach during the offseason and drafted Trevor Lawrence with the No. 1 overall pick in the NFL Draft. Not great.

To make matters worse, it apparently goes far beyond just unfortunate luck or standard struggles. It is Week 13 and Meyer’s team is struggling to do the things that a high school football team is able to do after the first week.

Meyer recently spoke to the media earlier this week and he instilled absolutely zero confidence in his team. Even went so far as to reveal that they are having issues with route running and locations.

That is bad. That is something that should be figured out in Week 1, at the latest. With part of June, most of July and all of August to get a rapport as a team, for those issues to still be prominent in WEEK 13 is truly problematic.