The U.S. Navy Denying Class President To Play In NFL Is Un-American 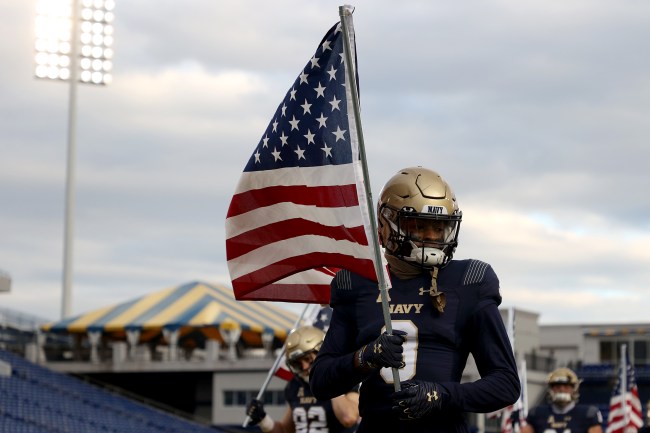 The idea of restricting Cameron Kinley from paving his path is a stain on this great nation. The former Navy cornerback was the team captain and has been president of his class at the U.S. Naval Academy since his junior year.

“A degree from here will open doors for me,” the 6-foot-2, 204-pounder told the Tampa Bay Times about his decision to enroll at Navy over Vanderbilt, Princeton, or Yale.

This comment aged poorly, as news just broke that the U.S. Navy has denied the Bucs rookie’s request to delay his commission to play in the NFL, according to Adam Schefter. Instead of trying to pick off Tom Brady in practice, Kinley is being required to commission into the Navy as an Ensign, the lowest ranking commissioned officer.

This ruling is inconsistent with the Navy’s handling of its former athletes in the past, including Patriots long snapper Joe Cardona, Dolphins wide receiver Malcolm Perry and former Ravens/Seahawks receiver Keenan Reynolds.

In a letter to Tennessee Sen. Marsha Blackburn provided to the media posted to Twitter by Bucs reporter Greg Augman, rookie Cameron Kinley expressed his befuddlement with the decision.

“I do not know why my request was denied, as I have received no written explanation for this decision.”

With Bucs rookie Cameron Kinley being denied by the U.S. Navy a waiver to join the Bucs, his agent Ryan Williams-Jenkins issued this statement and quote: pic.twitter.com/hLRQ7dS974

“As a Naval Academy graduate, football player, and decorated combat veteran I understand Cameron’s commitment. I also understand there are ways he can fulfill his commitment while representing the Navy and playing professional sports. I played with three-time Super Bowl champion Joe Cardona, who still serves our country as a Navy reservist. If there is a directive and precedent allowing other service academy athletes to pursue this opportunity, what makes Cameron different? It’s is important to note that this could have a long-term impact on his mental health going forward. He wants to fulfill both of his childhood dreams, playing in the NFL, and honorably serving his country.”

Unfortunately for Kinley, there is no process to appeal the decision.

Meanwhile, Richie Incognito is allowed on an NFL roster and he nearly bullied Jonathan Martin into extinction. Life is cruel and unfair.