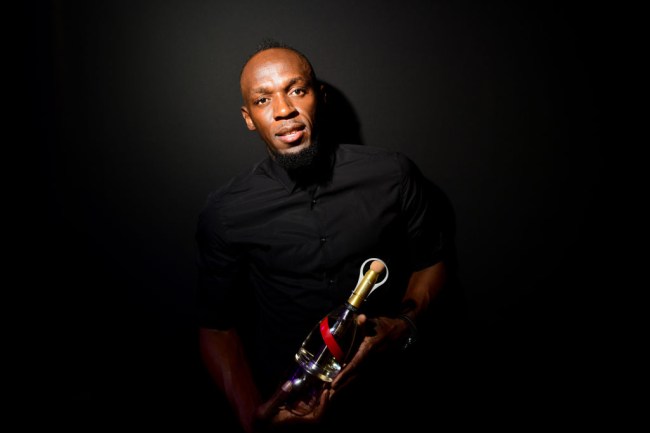 The earth is home to 8 billion human beings. Of those 8 billion peeps, Usain Bolt can move from one place to another on the power of his own two feet the fastest. The fastest man in the world. Imagine that title. Dude must get rug burn on his balls every time he walks.

Anyhoo, the world record holder in the 100, 200, and 4 × 100, found himself in an Airbus Zero-G plane above France on Wednesday. He raced French astronaut Jean-Francois Clervoy and designer Octave de Gaulle and surprise, surprise: he won!

Like my dreams when I’m trying to run away from something.

When you ate four weed gummies and are trying to hold it together at a work function:

The event was in sponsorship with G.H. Mumm Champagne, so the eight-time Olympic gold medalist was awarded with a parting gift before exiting the zero-gravity airbus.

Some guys have all the luck.