USC Football Is Changing The Game When It Comes To Name, Image And Likeness 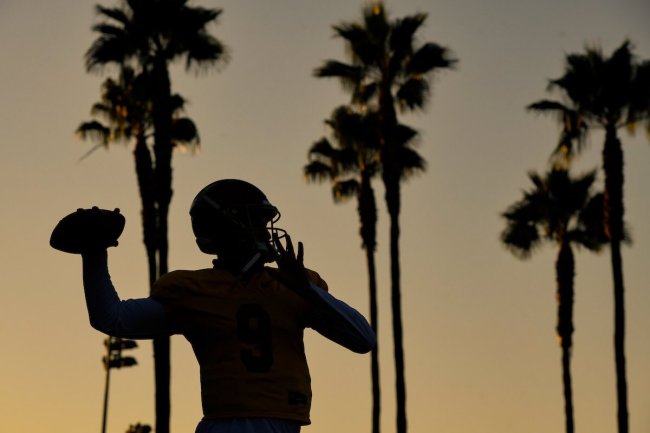 Although USC Football’s recent on-field results may not be up to standard with the program’s long-standing record of success, the school made a big announcement today that changes the scope of college football. With advancements in name, image, and likeness (NIL) expected to be made as soon as 2021, the Trojans are partnering with J1S to launch ‘BLVD Studios.’

If you’re not up to speed on NIL and why this move is so important, let me explain.

Essentially, since the birth of the NCAA in 1906, it has been using forcing its athletes into a form of indentured servitude where the players are considered amateurs, while the governing body of collegiate athletics profits from their product. The purposefully equivocal “student-athlete” term came into existence in the 1950s and implies that they are neither students playing sport, nor a sportsman at work. As athletes, they must reach the academic standards of their peers, but as students, they must not be compensated for anything beyond cost of studies and livelihood.

As the student-athletes have come to vocalize their worth over the past decade, it has begged the question of whether they should get paid. No matter which side of the aisle you are on, the general population agrees that players should have the right to the aforementioned name, image and likeness. NIL is very different than pay-for-play and does not compensate athletes with direct financial compensation. Instead, it allows players to seek endorsement deals and marketing promotions, sell merchandise and profit from their own person. Some of you might be asking how that isn’t already a thing, and the answer roots back in the NCAA’s ability to profit from their constituents. Take the NCAA Football video game series, for example. The game has not been made since 2013, because players were confused how EA Sports (and the NCAA who got a cut) could sell a product without seeing compensation for their role in the game.

The debate has ramped up over the last 12 months and California legislators proposed a state bill that would enable student-athletes to profit from their NIL without regulation in February. While the bill hasn’t been put into effect, it forced the hand of the NCAA to pursue rule changes around NIL that will result in a national solution, as opposed to state-by-state regulation. The timeline for this to rollout is unclear, and it could take awhile, but USC is getting ahead of the game.

When a 17 or 18-year-old is committing to play for the Trojans, he is either chasing success at one of college football’s blue-blood programs, looking for the quintessential Los Angeles experience, or both. USC is taking that up a notch by creating BLVD Studios, which will be an incredible avenue for the players to build their brands, market themselves, and experience the bright lights of Hollywood as an amateur athlete. It won’t be as big of an asset until the ludicrous rules on NIL are changed or abolished, but it’s one heck of recruiting tool for the time being. Good on you, USC. Shame on you, NCAA.