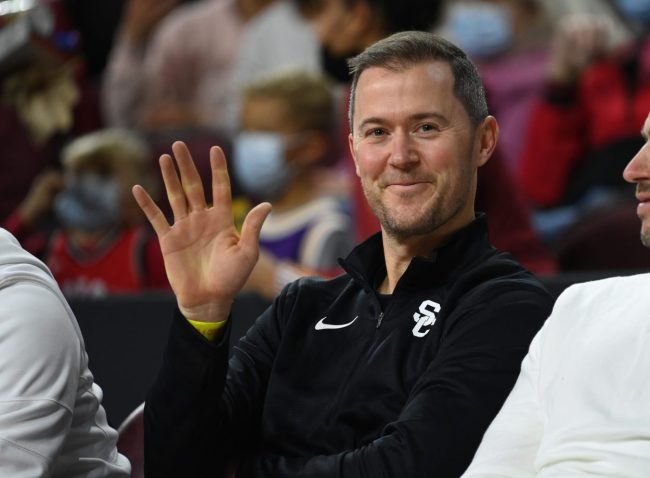 27 days after the University of Southern California hired Lincoln Riley as its next football coach, the Trojans have absolutely zero chill. Ever since the hire was made official, Sooners fans have been very salty.

One day prior to being announced at USC, Riley made it very clear that he was not taking the LSU head coaching job. He didn’t lie, but many OU fans took his departure as him being a traitor.

Even some of his former players were quick to call him out for speaking out of both sides of his mouth. And then he was ruthlessly trolled on College GameDay for running from the SEC to the Pac-12.

Since then, Sooners fans have referred to Riley as ‘TBOW,’ which stands for ‘That B*tch Out West.’ Although it is objectively hilarious, it is also objectively spiteful.

Even one very petty Oklahoma senator got in on the action. He proposed that the state should name the last section of highway before leaving the western portion of the state in Riley’s honor.

Needless to say, USC has taken a lot of heat. Sooners fans are all up in their mentions and the Trojans are tired of it.

USC Athletics’ official TikTok account posted a video earlier this week. They joined in on a trend that shares the “unrealistic things that people want for Christmas.”

All that the Trojans wanted for Christmas was for Oklahoma fans to leave them alone. But they know that isn’t happening.

Savage stuff from the Trojans. FTFO.