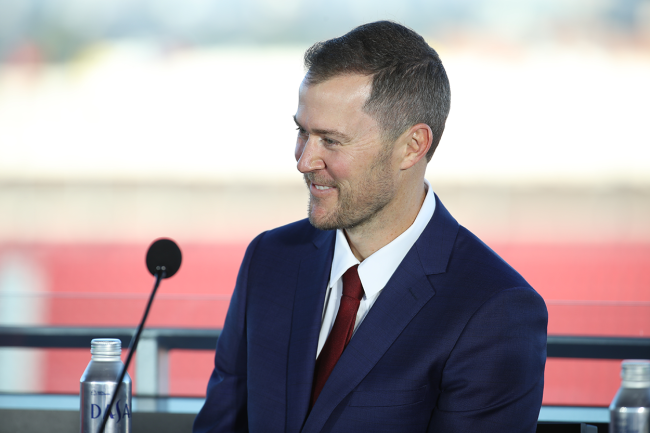 Lincoln Riley is in the middle of first week as the head football coach at the University of Southern California. The Trojans announced their hire on Sunday night and officially introduced the 38-year-old on Monday.

Immediately after his first address as USC’s head coach, Riley was called out by his former players. Apparently, he was speaking out of both sides of his mouth.

During Monday’s press conference, Riley made a big claim about the L.A. Memorial Coliseum and USC.

Immediately after the comments were made, his former players had a lot to say.

Oklahoma’s redshirt senior defensive lineman Isaiah Thomas has been with the program since 2017, the same year that Riley was named head coach. He claims that Riley said the exact same thing about “the mecca of college football” to Sooners players a week prior.

Redshirt junior lineback Nik Bonitto has played under Riley since his second year in Norman. He laughed out loud in response to Riley’s comments.

Riley claimed earlier in the week to have only started talking to USC on Sunday. However, nobody believes him. The real question is when his agent started speaking to USC.

Regardless of what the timeline looked like, Riley was adamant about staying with Oklahoma over the course of the past few months. His players appear to have been under a similar impression.

Thus, when he jumped ship to Los Angeles and used the exact same wording about his new team as his old team, they were not thrilled.