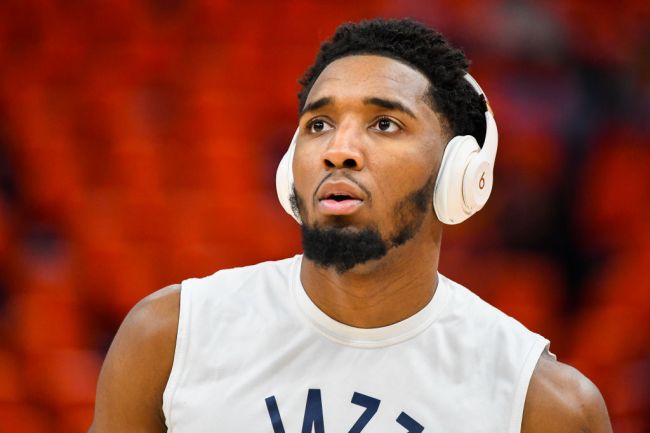 The Utah Jazz have been busy over the last week. Shortly after the start of NBA free agency, the Jazz traded Royce O’Neale to the Brooklyn Nets in exchange for a first round pick in next year’s draft.

Then they really made a big splash. Not long after dealing O’Neale, the Jazz traded star center Rudy Gobert to the Minnesota Timberwolves for a massive haul. In the deal, they received 4 first round picks, Walker Kessler, Jarred Vanderbilt, Malik Beasley, Leandro Bolmaro, and Patrick Beverly.

While that was a great return for the Jazz, it seems these moves have caused concern for their remaining star. Today on “Brian Windhorst & The Hoop Collective”, Windhorst revealed that these trades led Donovan Mitchell to question the Jazz higher-ups on what their plan was with these deals.

They reportedly told Mitchell that the plan was to “do what’s right for the franchise”.

Mitchell has good reason to be concerned about the direction the Jazz are heading in right now.

Given the moves that the Jazz have made, it appears that what’s right for the franchise is to begin rebuilding its roster. With Gobert gone, this team is certainly not a contender in the West and could struggle to even make the playoffs.

They also don’t have much to build around in their current starting lineup. Mike Conley is 34 and is no longer the star he was in Memphis. Bojan Bogdanovic is 33 and his contract expires after this season.

It’s unlikely that Mitchell would want to stick around through a rebuild as he waits to once again have a competitive team around.

With plenty of interest around the league in Donovan Mitchell right now, the Jazz could easily secure even more draft capital if they were to move him and truly head into rebuild mode.

That could end up being what’s best for both the Jazz franchise and for Donovan Mitchell heading into the 2022-23 season.