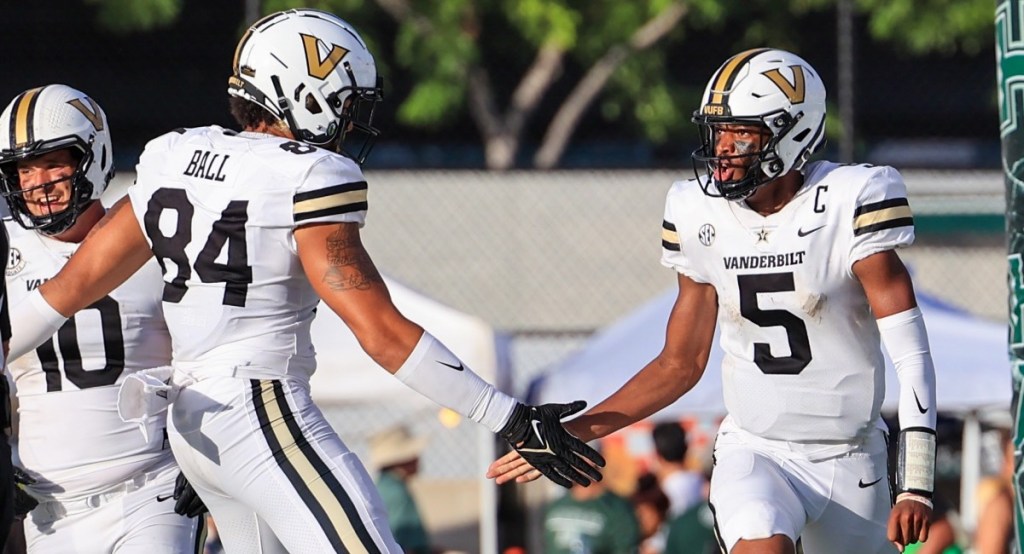 The Vanderbilt Commodores Football team has been the punching bag of other SEC teams for generations. Under then head coach James Franklin, Vanderbilt saw some success with back-to-back 9-4 seasons in 2012 and 2013. Vanderbilt Football went 7-6 in 2008, but in the ENTIRE HISTORY of the Commodores Football program they have never had a season with 10 or more wins.

Vanderbilt Football has reportedly just taken a step closer to being able to compete in the SEC. This comes after ESPN’s Pete Thamel reported Vanderbilt inked the school’s first naming rights deal in over a hundred years.

The Commodores have always pulled in talented athletes because of the school’s stellar academic standing. It is one of the best universities in the country. But in order to compete in the SEC at football, Vanderbilt needs state-of-the-art facilities akin to their rivals. Signing a deal like this inches them one step closer to that reality.

It marks a significant financial influx for Vanderbilt, part of athletic director Candice Lee’s attempts to modernize the football program. Vanderbilt breaks ground on more than $300 million in facilities upgrades later this fall.

Vanderbilt hasn’t officially announced this yet themselves but the report has been independently confirmed by others:

For the first time in more than a century, Vanderbilt has sold the naming rights of Vanderbilt Stadium.

The Commodores have signed a 10-year deal with FirstBank, per @PeteThamel, for their newly-named home:

Vanderbilt Football has 2 wins and 19 losses over their past two seasons. Inking this reported stadium naming rights deal over the next 10 years is a huge step forward to being able to cover the bill on that $300 million facilities upgrade.

$300 million is a HUGE price tag but in the grand scheme of stadium and athletic facility building, it’s not that wild. The new Vanderbilt Football athletic facility upgrades will include modernized practice gyms, locker rooms, weight rooms, hospitality areas, a new screen in the football stadium, as well as other stadium enhancements.

It’s unclear where the remaining $100 million will come from but surely this massive modernization project will help fund some of it.