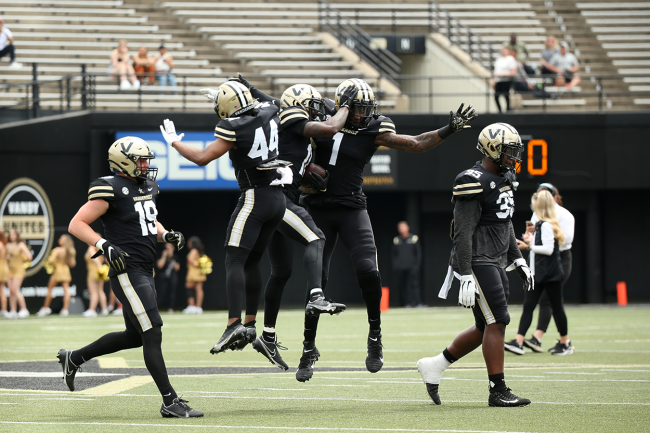 Vanderbilt football is the laughing stock of the Southeastern Conference. Although it’s not necessarily their fault, because the alumni base isn’t pumping millions of dollars into the program and the admissions requirement poses challenges for recruiting, the Commodores stink. Badly.

Even when the Commodores had No. 11 overall NFL Draft pick Jay Cutler at quarterback from 2002 to 2005, they only won 11 total games in four years. It’s been rough.

After going 2-10 in year one, head coach Clark Lea is hoping that Vanderbilt can find some sort of positive momentum in 2022. It is yet to be seen whether that will happen, but the Commodores can’t even beat themselves, so.

Vanderbilt held its annual spring game in front of a nearly nonexistent crowd on Saturday afternoon. The two sides of the split-squad scrimmage played to a draw.

As soon as the game went final, college football fans had all kinds of jokes. A large portion of the replies on Twitter were from Tennessee Volunteers fans, so let’s go ahead and humble them out of the gate.

Okay, on with the Vandy jokes.

Every Football coach in America: “The only team that can beat you is yourself”

Can’t lose if you tie pic.twitter.com/BWNqa71GYJ

Vandy giving up 64 points is no surprise.

Closest Vanderbilt will come this year to winning an SEC game. A tie in their spring game.

The only team that can't beat Vanderbilt is Vanderbilt. https://t.co/f0pP4GAiVP

Good grief. I'd have played overtime so at least some of those players could feel what winning is like. https://t.co/5D3MnYxH7Y

Could this be anymore on-brand for Vanderbilt? The Commodores are in for a long year, they legitimately might only beat Elon.