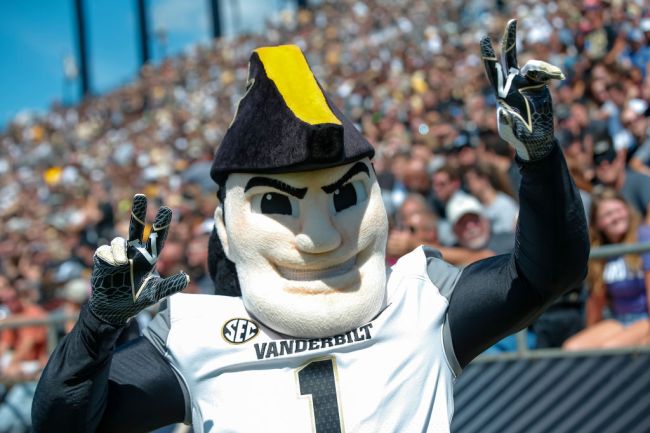 Vanderbilt reportedly has many special teams players, including kickers, in quarantine for COVID-19, and seeing as how they’re set to play Missouri in a few days, that could cause some problems. The Commodores have gotten creative in searching for a possible replacement kicker, however. The official student newspaper at Vandy, The Hustler, has reported that Sarah Fuller, the starting goalkeeper on the women’s soccer team, practiced with the team on Tuesday.

According to the report, Fuller went through walk-throughs in full pads with coaches and at least one other special teams player during practice earlier in the week.

Multiple sources told The Hustler that Fuller was wearing full pads and a uniform but did not take any kicks. Instead, she went through walk-throughs with coaches and at least one specialist on the sidelines, multiple sources say. It remains unclear whether she will play in the Commodores’ upcoming matchup at Missouri on Nov. 28, or play at all this season.

On Wednesday morning, head football coach Derek Mason confirmed the report about the senior goalkeeper practicing on Tuesday during a segment on 102.5 The Game.

“Right now, we’re just looking at all options,” Mason said. “For us, talking to Sarah, she’s a champ, and no pun intended. Just coming off an SEC Championship in soccer… She’s a complete competitor. She’s an option for us. Right now, that’s where we sit.”

Talk about a memorable week for Fuller. The women’s soccer team took down Arkansas to win the SEC Tournament on November 22. Going from winning an SEC title on the pitch to possibly taking a kick in an SEC football game in the span of six days is quite a ride.

Fuller wouldn’t be the first woman to kick in a Division I football game, but she would be believed to be the first to take a kick in a Power Five game.