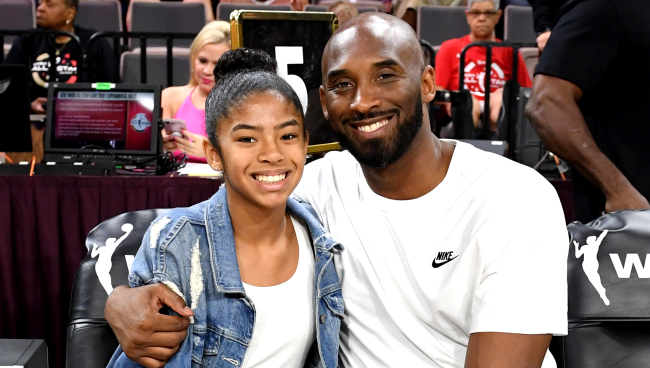 Back in April, Vanessa Bryant and Kobe Bryant’s estate made the rather shocking announcement that they would no longer be working with the late NBA star’s longtime sneaker partner Nike.

Bryant’s estate had reportedly become frustrated with Nike over the lack of availability of Kobe’s gear during his retirement and after his death, as well as a lack of sneakers being produced in children’s sizes.

Vanessa wrote on social media that she had hoped to “forge a lifelong partnership with Nike that reflects [her] husband’s legacy, but the two sides could not come to an agrement.

On Wednesday, Vanessa Bryant once again took to social media to address a new issue she has with Nike – the fact that a Nike sneaker she herself helped design as a tribute to her late daughter Gianna Bryant was leaked online.

“This is a shoe I worked on in honor of my daughter, Gianna,” Vanessa wrote on Instagram. “It was going to be called the MAMBACITA shoe as an exclusive black and white colorway on her daddy’s shoes. I picked the colors in honor of her uniform, the number 2 she wore just like her uniform, the inside pattern, Kobe and Gigi on the back in gold instead of Kobe’s signature, the inside shoe details (butterfly, wings, halo), etc.

“The MAMBACITA shoes are NOT approved for sale. I wanted it to be sold to honor my daughter with ALL of the proceeds benefitting our @mambamambacitasports foundation but I did not re-sign the Nike contract to sell these shoes. (The MAMBACITA shoes were not approved to be made in the first place.) Nike has NOT sent any of these pairs to me and my girls.

“I do not know how someone else has their hands on these shoes I designed in honor of my daughter Gigi and we don’t. I hope these shoes do not get sold. @nike”

Bryant recently announced the launch of a new Mambacita clothing line with all proceeds being given to the Mamba and Mambacita Sports Foundation.

According to TMZ, Instagram user brandon1an, who originally posted professional photos of the Mambacita shoes almost three weeks ago, claims Nike is responsible for the shoe leak.

“I just want to make it clear that I don’t own a pair of those Mambacita Kobes. The pictures I posted are official product pictures from a Nike authorized retailer,” he said in a statement.

“Unfortunately for [Vanessa Bryant], Nike clearly sent pairs to this retailer (as well as others) with the intent of selling pairs.”