Vegas Crushes Gamblers After Illinois, One Of The Most Bet On Teams To Win NCAA Tourney, Suffers Upset Loss To Loyola Chicago 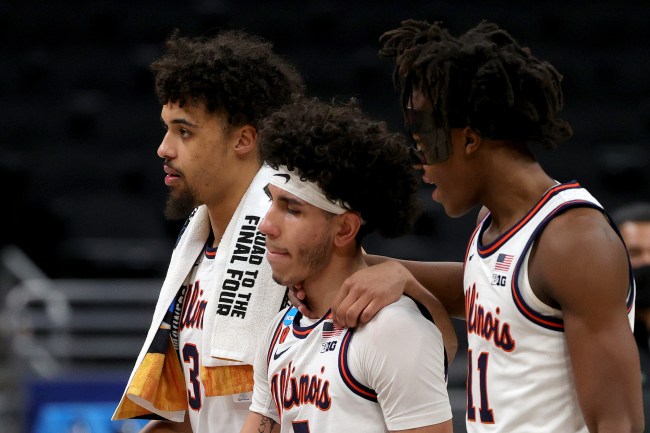 #1 seed Illinois got bounced in the second round of the NCAA tournament after losing to Loyola Chicago and Vegas is extremely happy with the result.

According to Tommy Stokke of The Action Network, sportsbooks cleaned up with Illinois’ loss considering the Illini were one of the most bet on teams to win the tourney.

Via The Action Network

Sportsbooks overall are happy with the result as Illinois winning the national title was one of the most popular bets ahead of the tournament.

At BetMGM, the Illini were the most-bet team to win it all, while other books had Illini in the top five.

In addition to the futures market, Illinois was the most popular play of the day at BetMGM, taking 73% of bets and 75% of the money in the early matchup. No team had a higher bet percentage or handle than the Illini.

Illinois covering 6.5 was the biggest liability at PointsBet. Over 80% of bets at FanDuel came in on Illinois. William Hill took a $55,000 bet on Illini to cover seven points.

Vegas also cashed in on some of the biggest high-profile bets of the day in the Illinois-Loyola Chicago game. One person bet $275k on Illinois in the first half -4 on BetMGM and lost.

And the #MajorWager action is starting to pile up. Just in at @BetMGM, per @ElisaRichardson: $275K on Illinois first half -4 vs Loyola-Chicago. To win $250K.@Covers

Several of the biggest sportsbooks gloated after the win.

Per @SuperBookSports John Murray (@vegasmurray) on No. 1 seed Illinois getting ousted: "That was a great result for us. We did great on the game, great on the second half, and the Illini were one of our biggest futures liabilities." #MarchMadness@Covers

Per @BetMGM's Jeff Stoneback, Illinois was the No. 1 liability to win #MarchMadness at Nevada BetMGM books. So the Illini's upset loss to Loyola-Chicago was "big for futures, and a big win on the game, too."