Vegas Golden Knights Roast Themselves With New Emoji For Evgenii Dadonov, Whose Trade Was Voided This Week 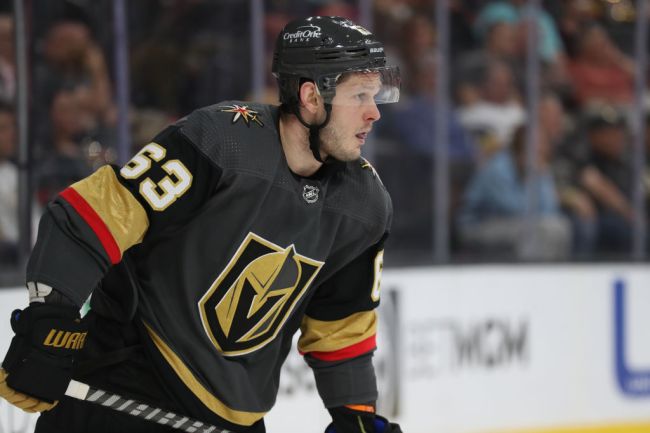 Before every game the Vegas Golden Knights play, their Twitter account sends out their starting lineup for the night, but instead of listing player names, they display their lines using emojis that have been picked out for each player.

Over the last couple of season, these lineups have been the source of much intrigue or Golden Knights fans as they waited to see who would start in goal from night to night. When Marc-Andre Fleury was traded, that intrigue went away, but today the Knights decided to bring some fun back to those emojis before their game agains the Chicago Blackhawks.

The strangest story of the NHL trade deadline was that of Golden Knight Evgenii Dadonov. He was seemingly traded to the Anaheim Ducks in an effort for the Knights to fit their cap situation. There was just one problem. Dadonov’s contract gave him the right to hand in a 10-team no-trade list over the summer. It turns out the Ducks were on that list.

The trade ended up being voided by the NHL a couple of days later. Now Dadonov is back to playing with the Knights and it seems the team has already moved on to making jokes about the situation. Today, they changed his emoji in the lineup tweet to a boomerang, because the man always comes back.

What do boomerangs and the emoji lineup have in common?

They always come back 😉

Reintroducing Evgenii Dadonov as the 🪃!

For what it’s worth, Dadonov made the situation a little bit better himself in his first game back with the team. On Thursday night, the Knights took on the Nashville Predators and won 6-1. Dadonov was fantastic in the game, supplying a goal and 2 assists.

This situation could have turned very uncomfortable after the trade was voided, but it looks like both the player and the team are trying to make the best of it.