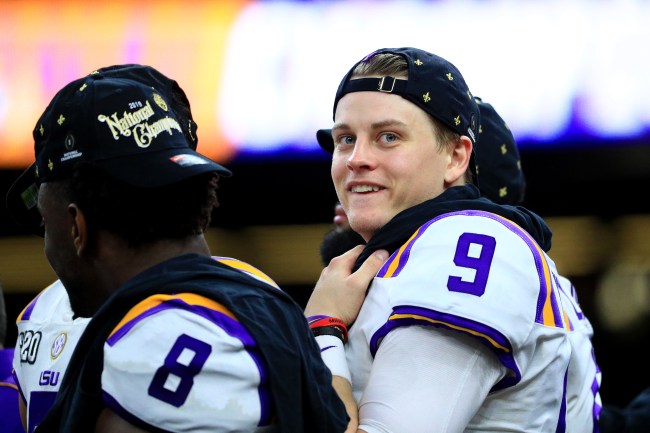 This all came about during The Dan Patrick Show on Wednesday when Patrick said that oddsmaker Danny Sheridan sent him some information about what the line would be between the Tigers and the league’s best team.

Both the DC Defenders and Houston Roughnecks scored 30 points in their Week 1 wins over the weekend, so most would agree that they’re among the best teams in the XFL right now.

According to Sheridan, both of those teams would be favored by 7.5 points over the Tigers.

“Since they are considered semi-pros, and the best that didn’t make an NFL team, based on them playing this weekend I’d make the DC Defenders or the Houston Roughnecks a -2 favorite to win the league after Week 1 and 7.5 point favorite vs. LSU,” Patrick read on-air.

Immediately after finishing that sentence, Patrick said he disagrees.

If this was a real scenario and the 2019 LSU team was 7.5 point underdogs to any XFL team, I think you’d have to put your money on the Tigers.

Sure, these XFL rosters are made up of former NFL players and former college football stars, but the LSU team we saw last season is an all-time group. That LSU team was filled with soon to be NFL stars and a guy by the name of Joe Burrow slinging the ball around plus you could argue they have better team chemistry. Give me the Tigers all day, especially if they’re catching 7.5 points.