Vegas Is Giving The Cavaliers Next To No Shot To Beat The Warriors, Game 1 Spread The Largest In 25 Years 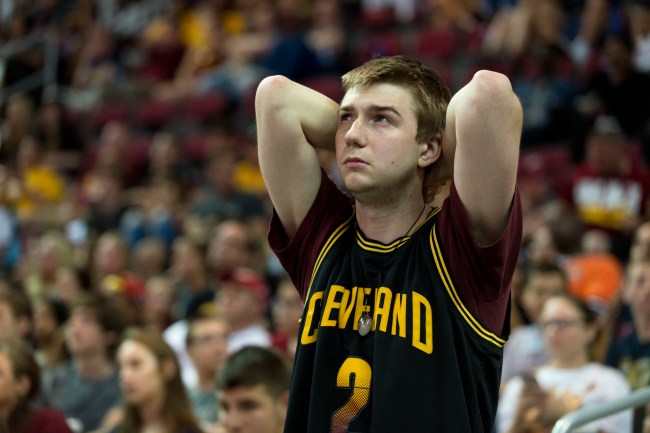 LeBron James will need a miracle from his supporting cast of cardboard cutouts, who collectively have been as reliable as a drug dealer throughout the playoffs. It’s never wise to bet against the best player in the world, except when he’s carrying around the corpse of J.R. Smith.

Vegas knows this, and that is why they are giving the Cavs virtually no shot at beating the Warriors in a championship series.

Westgate Las Vegas SuperBook manager Jeff Sherman tweeted out the opening odds for the upcoming matchup last night, and are giving the Cavaliers as much of a chance as cute girls gave me in high school. And college. Ok, my whole life.

What’s more outrageous is that the Game 1 line opened with the Warriors as a 12-point favorite–tying the Lakers vs. 76ers in Game 1 of the 2001 Finals for the largest spread in an NBA Finals game over the last 25 years. (That was the game Tyronn Lue got stepped over by Allen Iverson. People don’t forget.)

What’s even MORE outrageous is that there have been even more bets on the Warriors, pushing the line even further in the Warriors’ favor.

The Warriors are attracting early money and the line has moved to -1200/+755 at Bookmaker.

If LeBron wins this series, Skip Bayless has to shut his fucking trap.