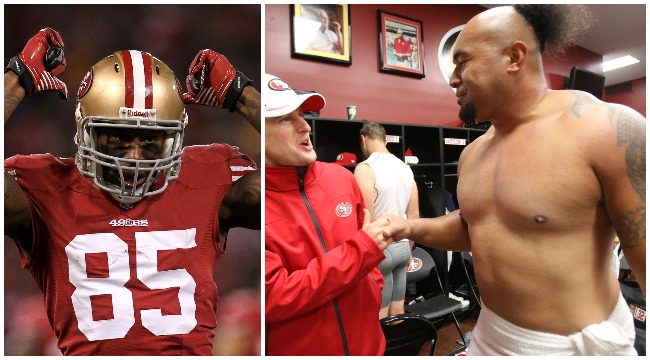 You don’t earn the nickname “Cyborg” in college if you’re not built like a brick shithouse.

Aside from being a first-team All American at Maryland, Vernon Davis set school strength records for a tight end in the bench press (460 pounds), power-clean (380 pounds), index (824 pounds) and squat (685 pounds).

The now retired tight end is, by all metrics, a freak of nature.

We recently sat down with Vernon to not only discuss his cartoonish strength, but the two NFL players who gave him a run for his money in his career.

In 2016, 6-foot-5 offensive lineman went viral for repping pull-ups with a 90-pound weight belt coupled with his 320-pound frame.

That time when Trent Williams was about to give Richard Sherman a fade! #FlashbackFriday pic.twitter.com/iUF8kE3GQ1 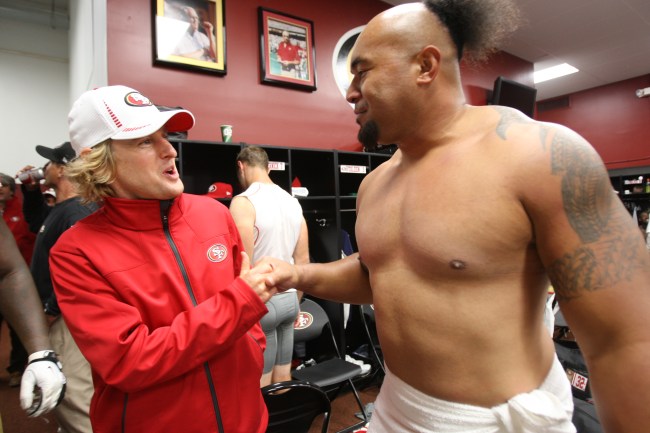 “Naturally strong. If you were looking at him, you probably think he could lift a house. So strong. His calf muscle, it would probably take six of my calve muscles together to look like his.”

The 6-foot-2, 320 pounder enjoyed a decade-long career in the NFL after setting the single season sack record for JUCO (College of the Canyons) at 31. The giant Samoan was capable of throwing the ball 78 yards flat-footed because as a kid he’d throw rocks at coconuts up to 70 feet high hanging from the trees. He claimed developed enough strength and accuracy to knock down five or six coconuts in a matter of five minutes.

Thanks for the kava Isaac Sopoaga haha. Look at the size of this Samoan machine pic.twitter.com/shM1JHcnni

Listen to the entire podcast with Vernon Davis (and ESPN analyst Jay Williams) below: