Vernon Maxwell Has Zero Regrets About Attacking A Fan For Allegedly Mocking His Stillborn Daughter And Getting Fined, Sued, And Suspended 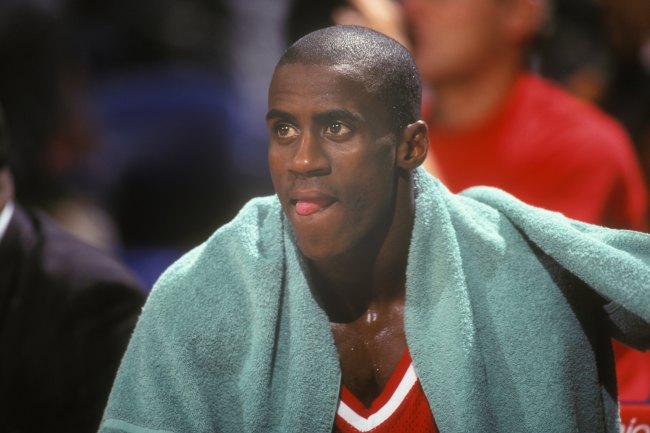 The foremost authority on Fan Confrontations has spoken.

Vernon Maxwell, suitably nicknamed Mad Max over his 13-year NBA career, once brandished a free weight as a weapon to use against then-teammate Gary Payton in a locker room fight, quit a championship team in the ’95 playoffs by way of faking an injury, and was Malice in the Palacing before it was hip.

The NBA suspended Maxwell for 10 games and fined him $20,000 for walking up 12 rows and attacking Portland Steve George, and would later claim that the fan had mocked his stillborn daughter and hurled racist comments his way, although no one has stepped forward to corroborate Maxwell’s claims.

“He may not have known what he was talking about when he was doing it,″ Maxwell said at the time. “But if it ever happened again, I feel like I would do the same thing.″

Steve George vehemently denied both allegations, saying: “As a parent of a 3-year-old son and a 3-month-old son, I cannot think of anything worse than losing a child.”

George filed a lawsuit against Maxwell for $1.4 million and another $3.1 million from the Rockets for failing to control a player with a checkered past. Maxwell countersued, and to my knowledge, the settlement has not been made public.

In the wake of the NBA’s troubling saga with diabolical fans acting out of pocket, Maxwell has weighed in on the Kyrie Irving incident.

It’s just a bottled water right? If you feel disrespected then do something about it or it will keep on happening. Guess how many times a fan made a comment about my stillborn daughter? It cost me some money & a suspension but I sleep fine every night knowing I stood up for her https://t.co/6b0fmBXVR7

I’d never thought I’d say this, but Vernon has a good point. Nothing would make the public happier than seeing fear envelope a dirtbag fan as a professional athlete connects with a left hook. This is the content we crave.