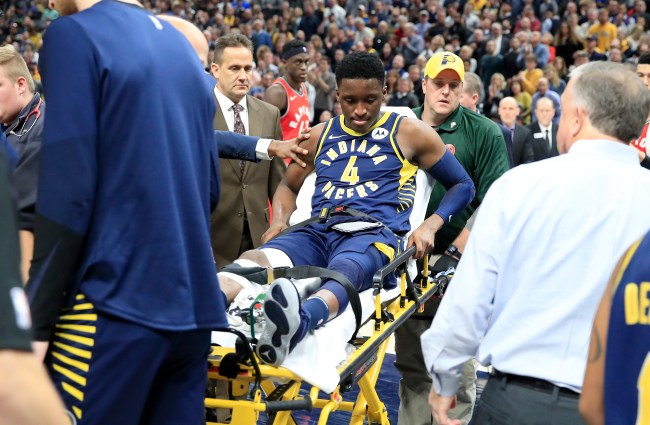 Victor Oladipo was having another great season for the Indiana Pacers, leading the team in scoring, putting the team in a spot to make a deep run in the playoffs and, presumably, on his way to being selected to his second-straight NBA All-Star Game. Unfortunately, Oladipo suffered a nasty knee injury during a game against the Toronto Raptors the other night, which led to him getting carted off, prompting thoughts from other players from around the league.

With Victor Oladipo officially rules out for the rest of the season, the young star took to his Instagram account to share an inspiring message for fans to show that, while he may be down now, he’s going to work harder than ever to come back even stronger. Take a look and tell me you don’t feel like doing something great today.

It’s awesome to see an athlete open up like this, especially in a time when he’s going through a tough time like Victor Oladipo currently is. It shows a human side that fans like to see from them, and, in a weird way, connects them a little bit more to one another.

While I wasn’t necessarily a fan of Oladipo’s before the injury, he definitely picked up a new one with this. Here’s to him getting through this and coming back next season. The guy’s work ethic is insane — remember, he started his offseason training just hours after being eliminated from last year’s playoffs — so, if anyone can overcome this sort of thing, it’s Victor Oladipo. Go and get it, big dog.