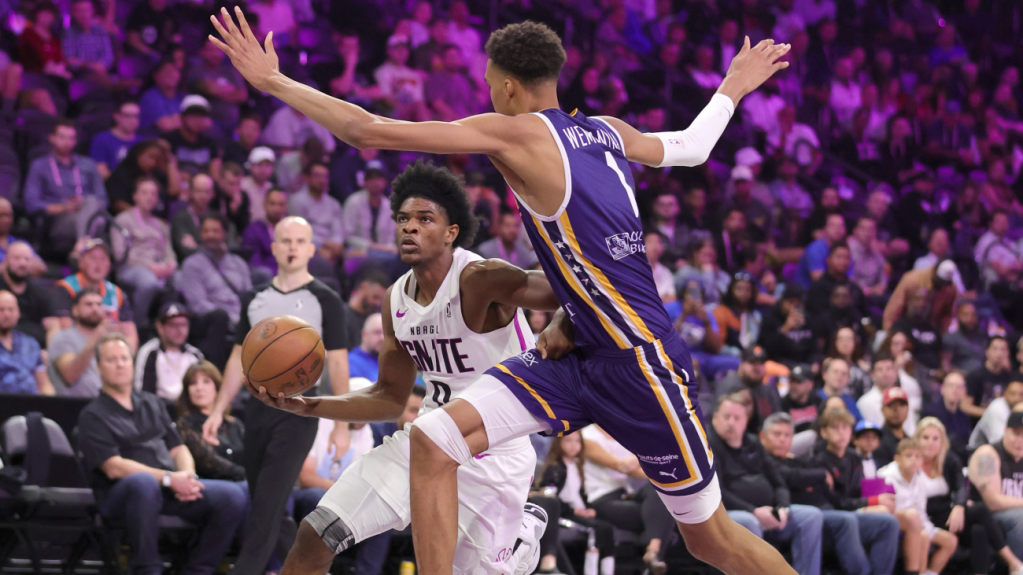 French professional basketball player Victor Wembanyama is (most likely) going to take the NBA by storm and it is going to be awesome. In all likelihood, he will become the #1 overall pick in the 2023 NBA Draft once he’s eligible.

Victor Wembanyama made a high-profile appearance on Tuesday in a G-League exhibition game where he went OFF for 37 points including 7 3-pointers that he casually drained like a young Steph Curry. His 7’4″ frame enables him to block shots as easy as pie so he tacked on 5 blocks and 4 rebounds.

But it was really Victor Wembanyama’s feet that stole the show. His impossibly large skeleton feet showed up on Twitter before the exhibition game. Someone tweeted a few photos of Victor warming up and one of the pics included his bare feet, his impossibly big and skeleton-esque feet, and the memes immediately started pouring in.

Ben Golliver of the Washington Post‘s NBA beat shared this tweet which included the image of Victor Wembanyama’s bare feet that has people talking and making memes:

Victor Wembanyama is one of one pic.twitter.com/9qLfTAf7sT

The first to notice was…

I assembled the infamous ’12 foot skeleton’ Halloween decoration last night. After years of trying to buy one from Home Depot I was FINALLY able to. And honestly, that 12-foot skeleton’s feet are about the same size as Victor Wembanyama’s feet:

His toes are longer than my fingers for sure

big toe’s the size of the physio’s finger https://t.co/GgGJgGKSyc

That guy looking on at Victor Wembanyama’s feet has the same reaction as the rest of us:

Dude in the back can’t believe his eyes https://t.co/bHNbQK69Tp pic.twitter.com/cSkkVbm8IT

Is ‘Toebe Bryant’ a clever enough nickname to catch on? Only time will tell.

His toes alone gotta longer wingspan than I do… https://t.co/WdFhhXiZBU

Just look at how big this man is, for real: 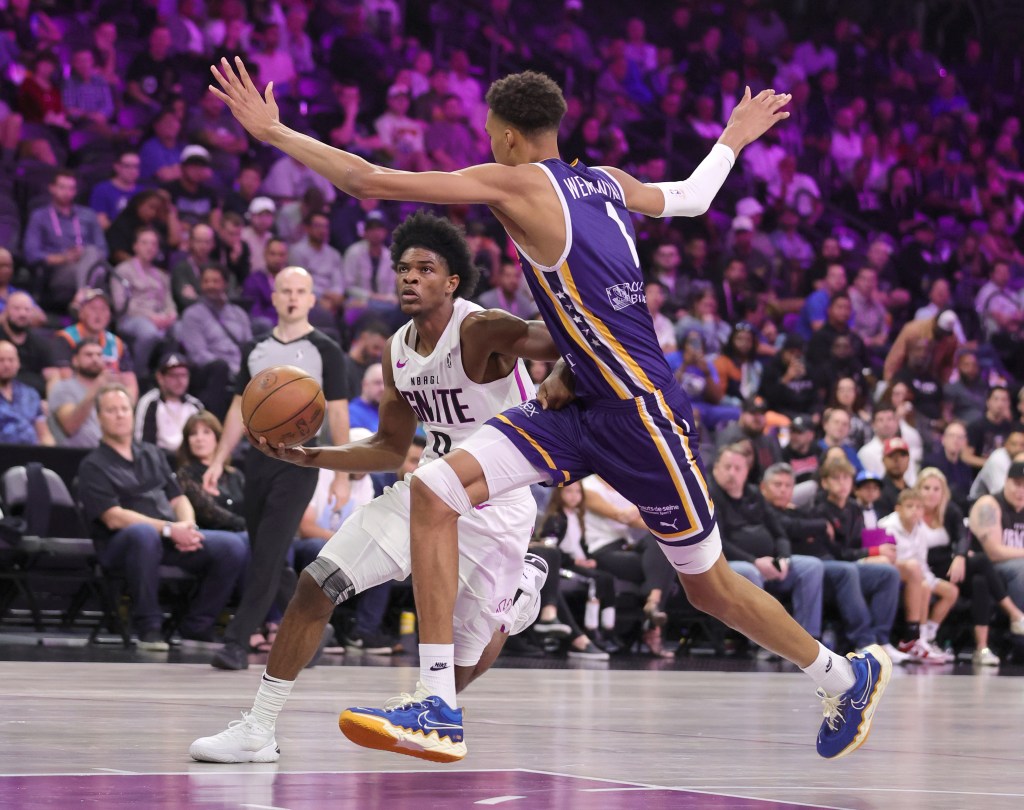 Victor Wembanyama turns 19 years old on January 4th. In all likelihood, he’s still growing even though he is already 7’4″. It’s unclear what shoe size he wears but I have to think he’ll surpass the Size 17 shoe of Aaron Judge.