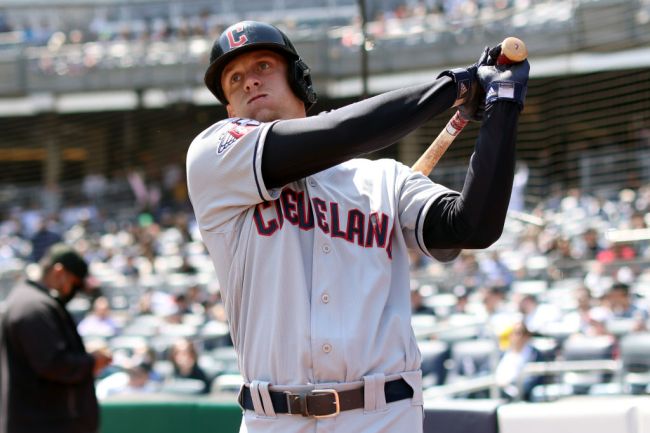 Saturday’s game between the New York Yankees and Cleveland Guardians got ugly in the 9th inning after Steven Kwan ran into the outfield wall.

After he was injured, Yankees fans heckled him as he was being tended to by the team’s training staff.

Seems like the fans were talking shit to Kwan who had just slammed into the wall attempting to make a catch. He was being seen by the training staff pic.twitter.com/3AXaaoz1ke

In response to the heckling, Guardians outfielder Myles Straw climbed the wall to yell at those Yankees fans. Now, a video has been released that shows what it was that Straw was yelling.

Now we know what was said pic.twitter.com/21yjqml7tS

Unfortunately, that wasn’t the end of what was a really awful showing from Yankees fans. After Gleyber Torres hit a walk-off single tp deliver a 5-4 win for the Yankees, their fans began throwing garbage at the Guardians’ outfielders.

Way to ruin the moment. I know my Yankee friends don't accept them. pic.twitter.com/0ZxAGeCXYg

It’s easy to see why Straw would have this reaction to that group of Yankees fans. Saturday was a truly disgusting showing from them and Straw had every right to be furious. This stuff should be beneath any fan and this kind of behavior shouldn’t be something athletes have to deal with.