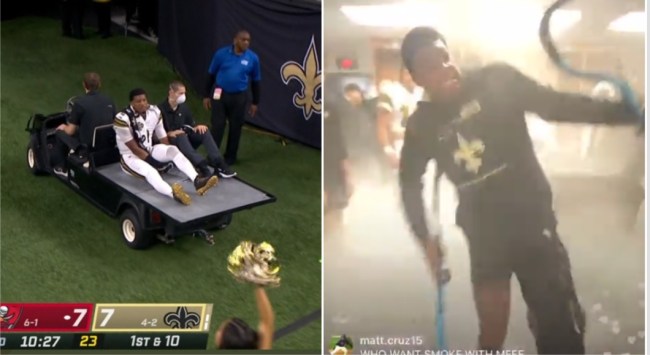 Jameis Winston suffered a serious leg injury on Sunday but that didn’t keep him from getting turned up after the team’s big win.

In the second quarter of the Saints-Bucs game, Winston was carted off the field when he landed awkwardly while getting tackled.

A look at the Jameis Winston injury…

Despite the injury, Winston was seen dancing in the locker room on crutches after the game in a now-viral video.

Mark and Jameis tho 😭😭😭 pic.twitter.com/uomth18Kxs