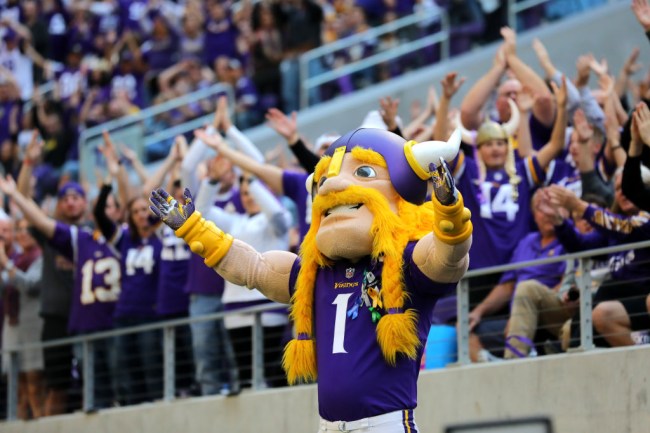 Philadelphia Eagles were pretty insufferable after winning the NFC championship game this weekend and made life hell for Vikings fans in Philly rooting on their team.

Though it looked like Lincoln Financial Field was completely full of Eagles fans, there were Minnesota Vikings fans present. They not only had to watch their team get stomped by the Eagles, they had to endure some less-than-friendly behavior from Eagles fans.

Vikings hats being stolen, put into urinals and urinated on;
An Eagles fan pushing a Vikings fan to the ground and punching him in the face;
“Random acts of violence.”
TV station KARE 11 out of Minneapolis also interviewed a few fans who vaguely spoke of Eagles fans being “bad.” This quote, though, is a little perplexing.

“It’s a damper on everything, yes. Not interested in going to the Super Bowl anymore.”

The Vikings fan is saying that Eagles fans are what’s going to keep him from going to the Super Bowl in Minneapolis in a few weeks.

The Eagles are playing in the Super Bowl in Minnesota in a couple of weeks and Vikings fans are plotting their revenge on social media and they have a pretty diabolical plan in place.

So who wants to become an Uber drive with me JUST for the Super Bowl so we can drop Eagles fans off at entirely wrong places?

I'm signing up to be an Uber Driver just for the Super Bowl. It'll be fun dropping off Eagles fans in random wrong places. #SKOL

I need to “friend” this guy coming up to Minneapolis from Dallas to drive Uber. He said he is only going to pick up Eagles fans and take them to the boonies and drop them off!! 😂

I liked the suggestion on @BDandG963 this morning, where everyone signs up to be a Uber/Lyft drivers and drop Eagles fans off at random locations.