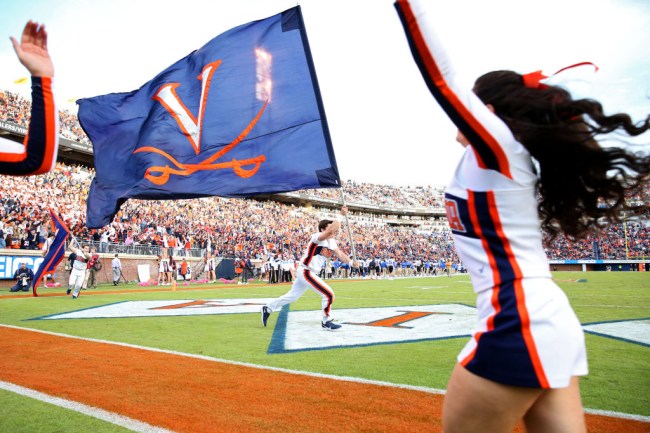 The University of Virginia revealed a number of updated logos on April 24 that it would use in athletic competition, but it turns out one very minor detail in one of them is linked to slavery.

The university’s most well-known logo – the ‘V’ over crossed sabres – was one of the logos that got a facelift in April as curved handles were added to the swords. The new handles were “meant to mimic the design of the serpentine walls” found on campus, but said walls were linked to slavery as Thomas Jefferson designed the walls to muffle the sounds and hide from view the slaves who were on campus.

You would really have to be a historian and have a detailed eye to notice the sword changes and then link them back to slave labor in the early 1800s, but it’s clear someone took notice. Virginia said the logo changes in April were done to ‘pay homage to our tradition and what we hope our future will be.’

UVA athletics director Carla Williams released a statement after the initial updates in which she said she wasn’t aware of the negative connotations.

“I was made aware of the negative connotation between the serpentine walls and slavery. I was not previously aware of the historical perspective indicating the original eight-foot-high walls were constructed to mask the institution of slavery and enslaved laborers from public view,” Williams said.

“Over the last few weeks, I have worked to better educate myself, and that education will continue. There was no intent to cause harm, but we did, and for that I apologize to those who bear the pain of slavery in our history.”

While the small detail of the curved sword handles have been removed, all other aspects of the new logo will remain the same.