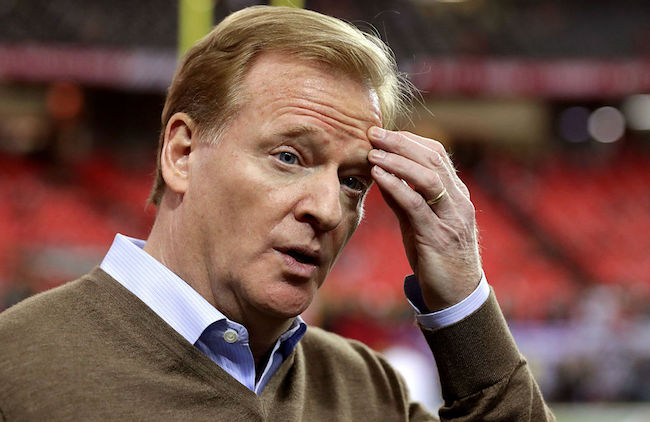 This year’s NFL Draft will take place virtually away from team facilities thanks to the big cancel. While it may seem rather simple to host what will essentially be a group video chat, there already seems to be some major concerns and problems.

Just in case you didn’t know, computers can actually be hacked, even the computers of extremely rich NFL general managers and front office folks. With that being said, I’m willing to bet there are plenty of people that run franchises that literally couldn’t explain what hacking is, but Ravens head coach John Harbaugh isn’t one of those people.

Harbaugh recently told The Baltimore Sun that hacking was his top concern in holding the draft virtually, but his ‘IT people’ continue to assure him that having a secure network is their top priority.

As for the actual system the NFL will be using for the virtual draft, in order to ensure that it will work properly the league will reportedly hold a ‘mock draft’. Holding a mock draft is a good call, but it could also last about 14 hours as some folks around the league may need an hour or two to figure out how to turn on their webcam.

This brings up the next concerns. Coaches and general managers are spread out all over the country and they  have to get the actual system up and running, which could require IT people to come into their homes. That’s not really the ideal situation given the global pandemic going on right now.

Adam Schefter reported that certain coaches and general managers, many of which fall into the high-risk category given their age, are concerned about people coming into their houses.

A concern has emerged in recent days: There are certain coaches and front-office staffers reluctant to have their IT employees in their homes for fear of the virus spreading, and vice versa; some IT employees are concerned about going into other homes to equip them for the draft.

This entire situation serves a good example on two fronts.

One, it shows that even if a huge organization like the NFL wants to go entirely virtual for one of the biggest sporting events of the year there’s risk in doing so given that there is going to have to be human interaction one way or another.

Two, at some point, life is going to have to get back to normalcy. General managers and coaches around the league are worried about the possibility of an IT person coming into their homes right now to help set up a video chat, just think about that.

It’s absolutely fine for people to be concerned right now, but at some point, whether that’s in two weeks, two months, or five months, some sense of normalcy is going to have to return.