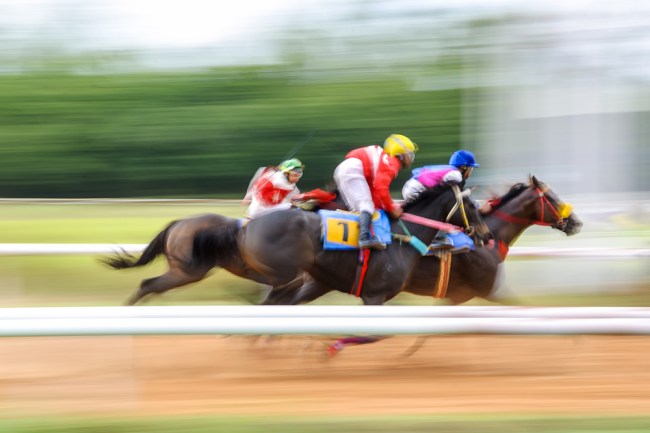 There aren’t many things worse than going to a sporting event and being forced to buy a single beer for the amount you’d normally pay to buy a six pack at the store. You can either solve this problem by not drinking— which, for many people, is simply not an option— or by pulling a reverse Ocean’s 11 (or maybe it’s just a regular Ocean’s 11) and figuring out a way to smuggle your drink of choice into the venue.

Anyone who’s completed their freshman year of college knows about the “vodka in the water bottle” method of illicit drink bringing, but most venues ban people from bringing their own drinks to cut down on such shenanigans (and to force you to buy a $4 bottle of water). This has forced people to get creative, like one woman in England did while visiting a racetrack this past weekend.

Security at the Southwell Racecourse seized a giant salami and tomato sandwich containing a fairly untraditional ingredient: a 350 ML bottle of vodka.

This was spotted by security yesterday, you hide it, we find it! Let us know your witty strapline suggestions and you could win a prize!! pic.twitter.com/2bXVdIIHJa

According to The Telegraph, the guard who made the discovery did so after realizing the sandwich weighed more than any sandwich should.