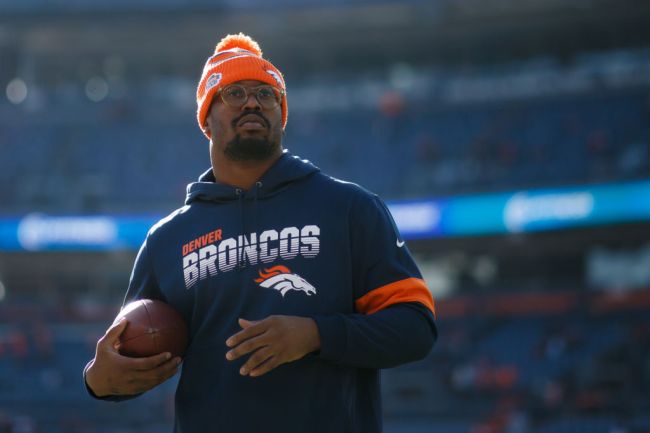 Von Miller and his ex-girlfriend Megan Denise are once again having issues.

On Wednesday, Miller complained that Denise didn’t invite him to the baby shower and he’s also angry that he’s not allowed into the delivery room for the first of his child. 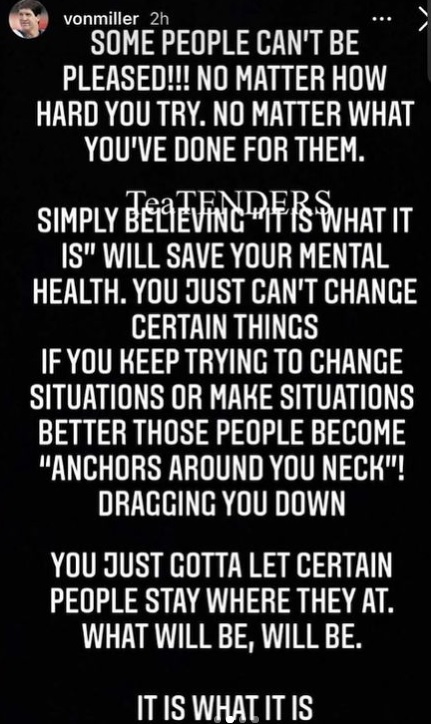 It is worth noting that last year Denise released text messages that allegedly showed Miller wishing she had a miscarriage after she told him he was pregnant.

Miller denied the allegation from Denise but we can probably see why she doesn’t want him in the delivery room.