Vontaze Burfict Speaks Out About Joining Nemesis Antonio Brown On The Raiders, The Same Guy He Tried To Decapitate 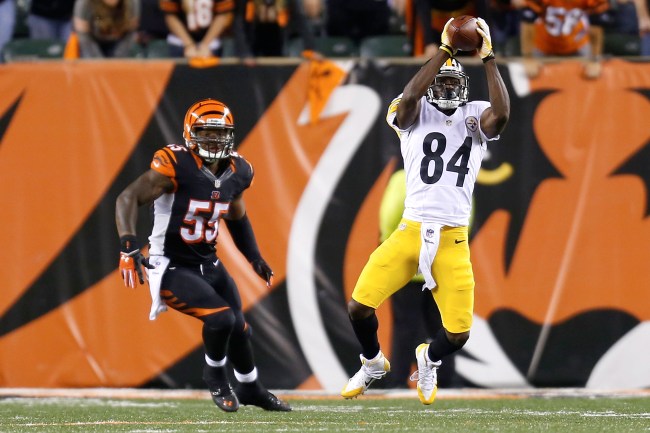 Burfict, who was suspended three times for a total of 10 games in his seven-year stint with the Bengals, made several enemies across the league. One of the most high profile enemies being new teammate Antonio Brown, who Burfict was delivered multiple illegal hits on.

This one concussed Brown and knocked him out of the 2016 playoffs. Burfict was ejected and later suspended for three games.

Burfict throwing an elbow into AB's head, because of course! pic.twitter.com/182OzqxE62

The upcoming reunion of two enemies had lit a fire under NFL Twitter, with fans needing to know what their initial meeting will be like.

Burfict and Antonio Brown’s first day of practice with the Raiders pic.twitter.com/Z7z9DsHMm5

The 28-year-old Burfict claims that despite his rocky history with arguably the league’s best receiver, now that they are teammates it’s “all love.”

“We’re on the same team,” Burfict said. “It’s one goal. It’s all positive, man. He’s a great player. He’s gonna be in the Hall of Fame one day. … I’m going to approach him just like I do all my other teammates. … There’s nothing negative here. We’re on the same team. We’re trying to win a championship here.

“Honestly, we might be the closest friends on the team, you know what I mean? So, just got to go along with it, and I can’t wait to meet him.”

Brown later tweeted that the two had spoken and seem to have buried the hatchet.