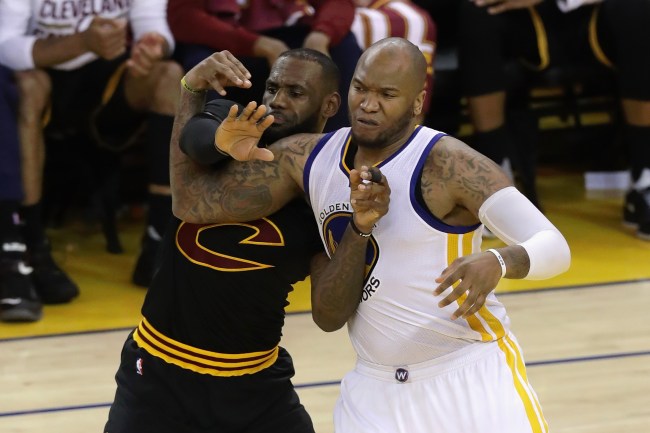 On Tuesday night Speights took to Twitter in an attempt to belittle LeBron’s accomplishment of winning the NBA championship with the Lakers by comparing him to the likes of Kobe Bryant and Michael Jordan.

NBA fans immediately started roasting Speights with old clips of him losing to the Cavs in the finals.

The Mo Speights in question pic.twitter.com/vfymzh3onh

LeBron James blows by Marreese Speights and finishes with the AND1 dunk.

Mo Speights averaging 4.7 a game for the Guangzhou Lions talking about 3 peats.

Speights eventually clarified his stance and said he wasn’t hating on LeBron but just giving his opinion.

"No shots to Bron he is one of the best players to ever touch the court… I have my own opinion though so i don't really care what the next person have to say."