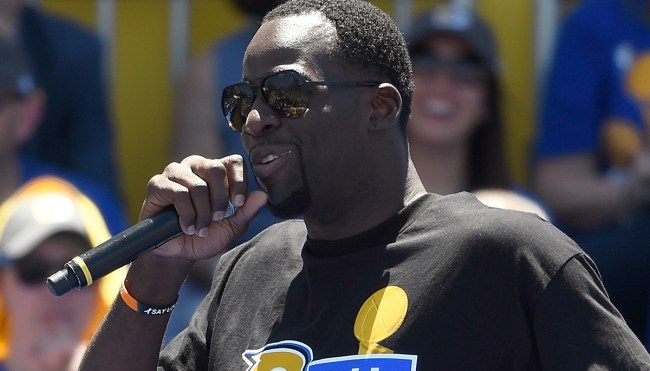 Last week, the Golden State Warriors earned the right to bring the Larry O’Brien Trophy back to the Bay Area for the fourth time in eight years after the Dubs walked away with the dub in the NBA Finals yet again by dispatching the Celtics in six games.

The win marked the first time the franchise has secured a championship since defecting from Oakland and Oracle Arena to head across the bay for their inaugural season at Chase Center, and 2022 will mark the first year the team that everyone but Bill Simmons would agree is a dynasty parades through the streets of San Francisco to bask in the glory of their conquest.

However, one very notable figure doesn’t seem thrilled with the logistics of the celebration: Draymond Green.

Green has a long and storied history of using these ceremonies to troll the opponents he vanquished along the way. In 2018, he took great pleasure in throwing some shade at Tristan Thompson and mocking LeBron James a year after he got his microphone cut when he took aim at the latter while delivering a speech in front of thousands of fans.

Unfortunately, it doesn’t appear we’ll be treated to a similar performance in 2022. On Sunday, Kylen Mills of KRON4 revealed the parade won’t culminate in a rally (which she notes was also the case in Oakland in 2018), and while members of the team will get a chance to say some words, they’ll be doing so at a comparatively small media gathering.

WARRIORS PARADE UPDATE: I'm told the players will not be doing any public speeches & there will not be any rally before or after the parade (like the Giants have done at Civic Center).They will give speeches at 10:20am in a private ceremony which will be broadcast. #DubNation

Based on his reaction, Green isn’t a fan of that decision.

Nobody speaking at the parade? Yeah I think I’m going to stay at the crib 🤷🏿‍♂️

It’s easy to understand where Green is coming from, and it is really a shame.

Based on various the feuds and shenanigans he’s been engaged in since the win, there’s no doubt we would’ve been treated to some truly incredible “Groomsman Who Wasn’t Asked To Give A Speech At The Reception But Decided People Needed To Hear What He Had To Say After Crushing Four Dirty Shirleys” energy if Green got the mic at a rally.

With that said, I don’t doubt his ability to figure out some way to share his thoughts.