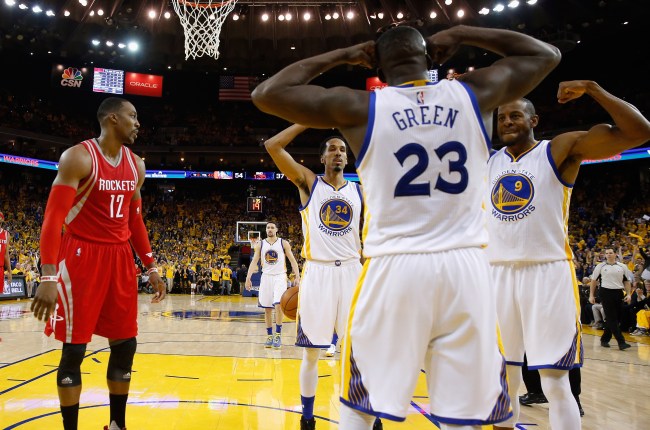 Soft. Detached. Uninvested. These are just a few of the adjectives NBA players and fans could use to describe the perception of Dwight Howard. The 6’11”, 8-time NBA All-Star and three-time Defensive Player of the Year is expected to sign with the Washington Wizards and fans in the nation’s capitol aren’t exactly doing backflips on the lawn of the Lincoln Memorial.

Howard may be the most accomplished player to be met with the least excitement. Kobe Bryant help fuel Howard’s negative perception in 2015 when he called him “soft” and a “teddy bear” during his unsuccessful stint as a Laker.

“I tried teaching Dwight,” Kobe said then. “I tried showing him. But the reality is that when you have a perception of what it is to win a championship – and most perceptions of what it’s like to win are a very outgoing, very gregarious locker room where you pick each other up and you’re friends all the time. That’s the perception. And I think that’s what his perception was of what the idea is. But when he saw the reality of it, it made him uncomfortable. And it’s very tough to be able to fight through that, to deal with that challenge. And I don’t think he was willing to deal with that uncomfortable and combative nature.”

The Warriors snatched one of the most talented big men in the game in DeMarcus Cousins last week after Dwight Howard was the team’s best potential free agent to replace Zaza Pachulia.

According to Tim Kawakami of The Athletic, nearly every corner of the Golden State organization said fuck no to the possibility.

“I’ve heard and haven’t reported this, and maybe this will get aggregated,” said Kawakami on ESPN’s Zach Lowe’s The Lowe Post. “I really heard this. It’s better than Dwight Howard. Dwight Howard was a ‘no’. That was a ‘no’ in a lot of precincts of the Warriors. Flat out ‘no’. And so DeMarcus Cousins against that backdrop is a thumbs up.”

“Draymond clearly a ‘yes’ (on Cousins). Durant probably a ‘yes’. Curry probably. The guys who knew him. Maybe others, we’ll see.

“Dwight’s older but he’s more healthy and obviously incredibly talent. That was not going to happen.”

Poor Dwight. All he every wanted is for people to like him. He achieved just the opposite.