The Warriors Spent $500,000 On Booze To Get Turnt During Their Victory Parade 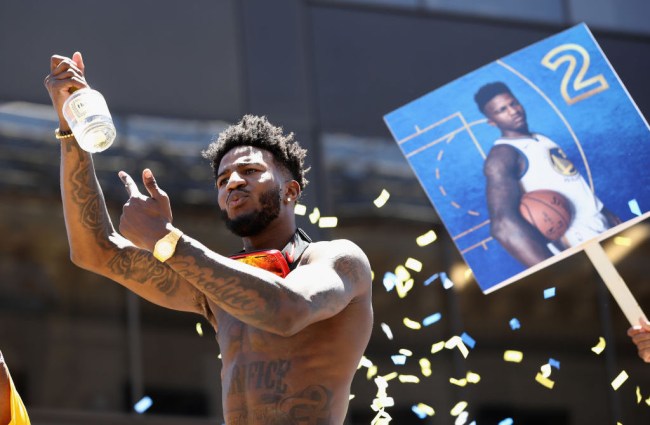 Yesterday was a great one for the Golden State Warriors, who paraded down the streets of Oakland to celebrate their latest in an ever-growing line of NBA championships. It was also a great day for the people in the crowd because, at least in my experience, drinking in public during festivities like this isn’t just temporarily tolerated but basically encouraged.

With that said, the people in the crowd swigging from paper bags weren’t the only ones to celebrate with copious amounts of alcohol. As is tradition, the team filled the parade floats with booze for anyone who was in the mood to take advantage of one of the only times an athlete can get irresponsibly drunk in public without having to worry about ending up on a gossip site.

Based on a report by TMZ, the Warriors came prepared— very, very prepared. The team reportedly spent $500,000 on booze and didn’t exactly skimp when it came to quality:

Fresh off their $400k locker-room celebration after sweeping the Cavaliers on Friday, the Dubs had all the Luc Belaire Rare Gold, Luxe and Rosé they’d possibly need to keep the party going … including 6-liter and HUGE 15-liter bottles!!

However, based on one incident from yesterday, $500,000 wasn’t enough to keep players constantly supplied at all times.

At one point during the parade, Jordan Bell realized that he had an empty bottle of Hennessey in his hand and immediately started to look around for more. Thankfully, he found a gracious fan who was willing to let the forward chug from his bottle.

Let’s hope the Warriors up their cognac budget for their almost inevitable parade next year.