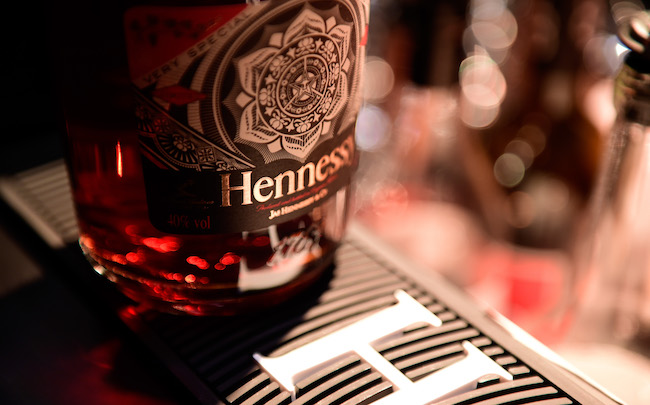 Today was a banner day for championship parades, with some particularly innovative fans lining up early in D.C. while waiting for the Washington Capitals to kick things off on the East Coast before the Golden State Warriors started their celebration on the other side of the country. If you asked me a couple of hours ago, I would have said that nothing that happened today would top the speech Alexander Ovechkin that involved the phrase “be fucking suck.”

However, it turns out I was wrong. Very, very wrong.

Based on rumors that he once helped himself to cognac during halftime, J.R. Smith has a reputation for being the NBA’s biggest fan of Hennessy, but Warriors forward Jordan Bell became a serious contender today based on what happened when his bottle ran dry.

After realizing his supply had run out, Bell and his entourage started scanning the crowd for other options and were lucky enough to find a fan who had brought their own bottle of Hennessy to the festivities. After striking liquid gold, Bell did the only appropriate thing to do in such a situation: jump off of the parade float and start chugging.

Jordan Bell ran out of Henny…got off the bus .then jumped into the crowd to grab a bottle of Henny from a Warriors fan LOL pic.twitter.com/HGQoYDkbM3

Bell isn’t the first player who was forced to scrounge for more alcohol during a championship parade. Earlier this year, Malcolm Jenkins revealed he gave a cop in New Orleans $700 to pick up a couple of cases of booze for him and his teammates during the Saints Super Bowl celebration in 2010.

I can only hope Bell makes sure he’s properly equipped when the Warriors inevitably win another championship next year.