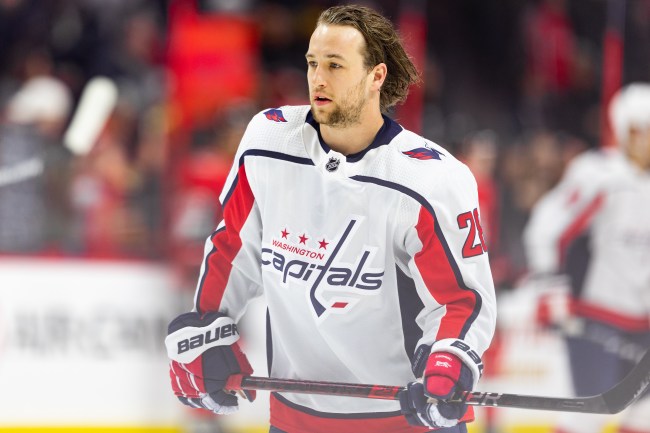 Capitals’ Brendan Leipsic is going to have a rough year whenever hockey comes back from hiatus.

On Wednesday afternoon, Leipsic’s Instagram DMs were leaked on the Internet and some of the DMs featured Leipsic mocking former and current teammates.

Here’s Leipsic calling some of his current lineman “fucking losers.”

nic dowd and his wife partnered up with the caps to create sensory kits for kids with autism so they can enjoy caps’ games.

garnet hathaway created hath’s heroes to give back to first responders who risked their lives to help us.

you are the loser here, leipsic. pic.twitter.com/WJr9PI9DGV

But there are screenshots of Brendan Leipsic and a few other hockey players in a group chat fat-shaming women, including Tanner Pearson's wife, who was Leipsic's teammate in Vancouver. pic.twitter.com/L0wxJFeMhC

Some of the other DMs are NSFW sexual in nature and you can see the entire thread here.

The Capitals released a statement saying they were looking into the DMs and Leipsic went on to delete his Instagram account.

The Washington Capitals are aware, and looking into, the recent Instagram comments attributed to Brendan Leipsic, I'm told.

Also it appears that Leipsic's Instagram is also no longer active, as of this afternoon.

Update: Leipsic has apologized after saying one his friends got his account hacked which led to the screenshots of “private conversations” making their way onto the Internet

The NHL has also released a statement.

Twitter is expecting Tanner Pearson to lay in Leipsic whenever they play again.

You’d think Tanner Pearson takes matters with Brendan Leipsic into his own hands when hockey comes back. I would imagine Jake Virtanen is on that list too. Lots of guys are going to be lining him up for a long time to come. Assuming he’s in the league.

Deeply excited to watch Tanner Pearson beat the shit out of Leipsic. Just brimming with joy at the thought of this.

When Tanner Pearson sees Brendan Leipsic on the ice. pic.twitter.com/ydcViKdsAM